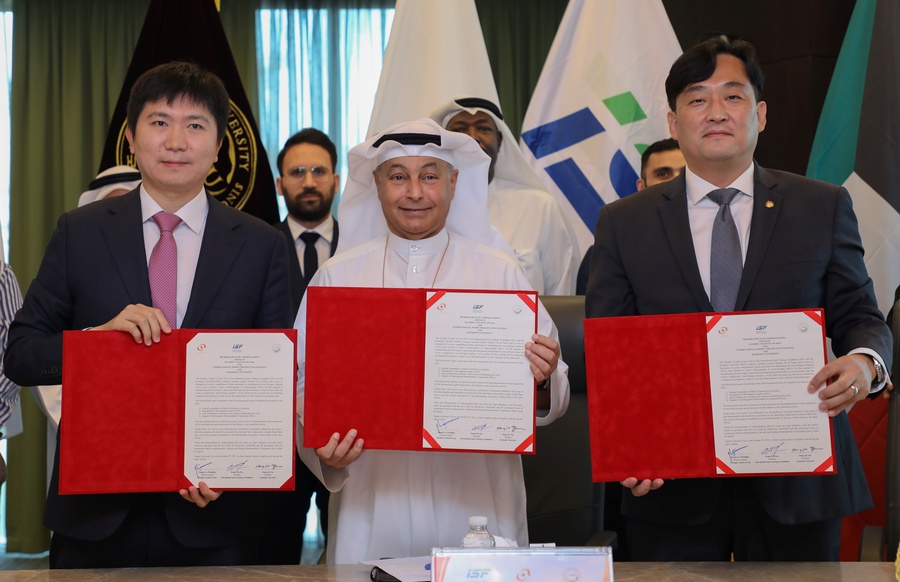 Kuwait City, Kuwait, October 10, 2021: The Olympic Council of Asia signed a Memorandum of Understanding with two partners for the establishment of an Asian Olympic Academy in Korea.

The signing ceremony was held at the OCA HQ in Kuwait on Saturday, October 9 and also involved the Seoul-based International Sport Strategy Foundation (ISF) and the prestigious Kookmin University, which is also based in Seoul.

The Director General of the OCA, Mr Husain Al-Musallam, signed the MoU on behalf of the OCA.

The ISF President, IOC member Seung-min Ryu, signed the MoU on behalf of the foundation, and Kookmin University was represented by Kim Byong Joon, Vice President of International Affairs.

“Additionally, I would like to deliver words of appreciation to Seung-min Ryu, President of the ISF, and all the staff on successfully hosting this meaningful event.

“I believe sport has the power to bring people from all over the world together and promote harmony, friendship and peace. As part of the Olympic Movement, countries around the world including Asia are engaging to ensure that everyone can enjoy and learn sports.

“ISF is committed to expanding these values of sport and is the hub of Korea's international sport, which makes today's conference more significant.

“In this sense, I am confident that this conference will play a pivotal role in contributing to Korean sports through developing sports talents and broadening learning opportunities and knowledge for future talents who will lead international sports beyond Asia.”