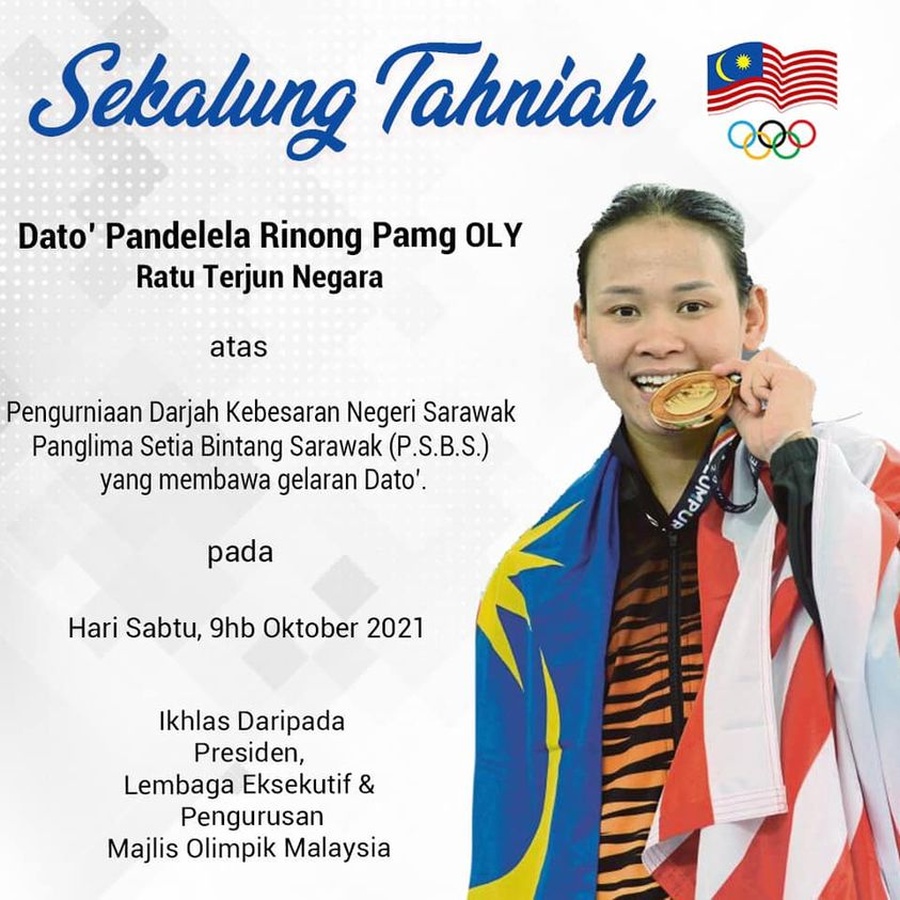 This award is in recognition of the Sarawak State Government for the huge success she has achieved in international multi-sport games including the Olympic Games with a silver and a bronze medal, Asian Games, Commonwealth Games and South East Asian Games since her first international appearance in 2007.

The Sarawak-born diver, 28, was Malaysia's flagbearer at the Youth Olympic Games in Singapore in 2010 and at London 2012.

Pandelela also competed at Tokyo 2020 in the women’s 10m platform synchro and individual in what was her fourth Olympic Games.