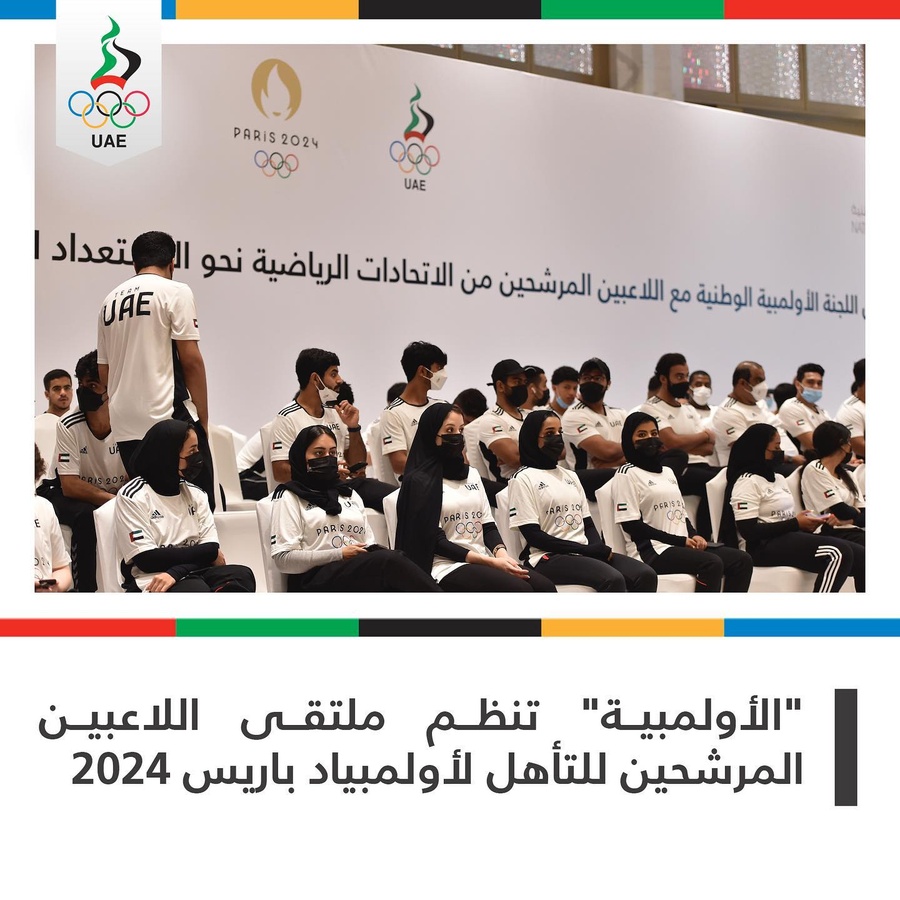 The NOC hosted a gathering of athletes nominated by their respective national sports associations for participation in the qualifying competitions for the next Olympic Games in less than three years’ time.

The meeting took place in the Baniyas Hall of the Grand Hyatt Hotel Dubai and was attended by several leading Olympic and sports officials. These included the NOC Secretary General, HE Mohammed bin Sulayem, the Assistant Secretary-General for Administrative and Financial Affairs, HE Eng. Azza bint Suleiman, as well as representatives of the General Authority of Sports.

The NOC Secretary General thanked the President of the UAE NOC, HH Sheikh Ahmed bin Mohammed bin Rashid Al Maktoum, for this initiative and support of the Olympic movement and said he was very pleased to meet with the athletes who would be trying to qualify for Paris 2024.

HE Mohammed bin Sulayem said the athletes had been nominated by their respective sports associations following comprehensive communication and that they would work together in their journey as part of the strategic vision of the Olympic movement in the Emirates.

The UAE NOC will continue to follow up on this first meeting in terms of technical and medical support, he said, and he urged the athletes to give everything in representing the flag and to go on and win medals. He said that the whole sports community was behind them, including the NOC, and shared this goal. 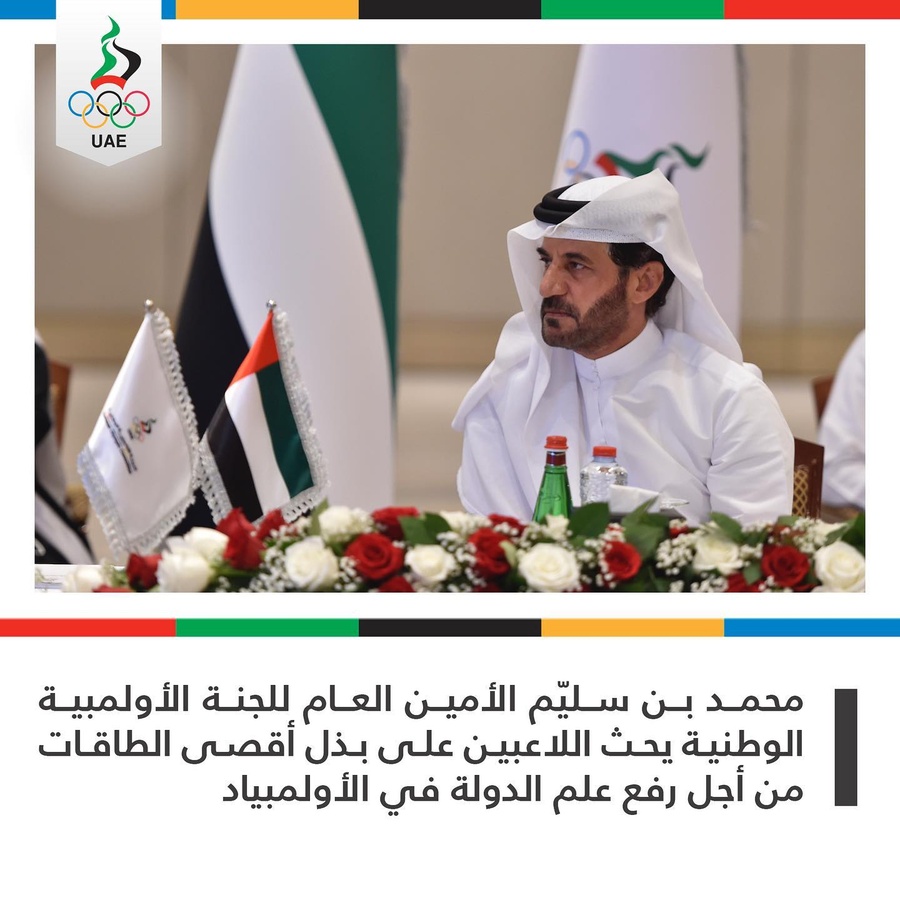