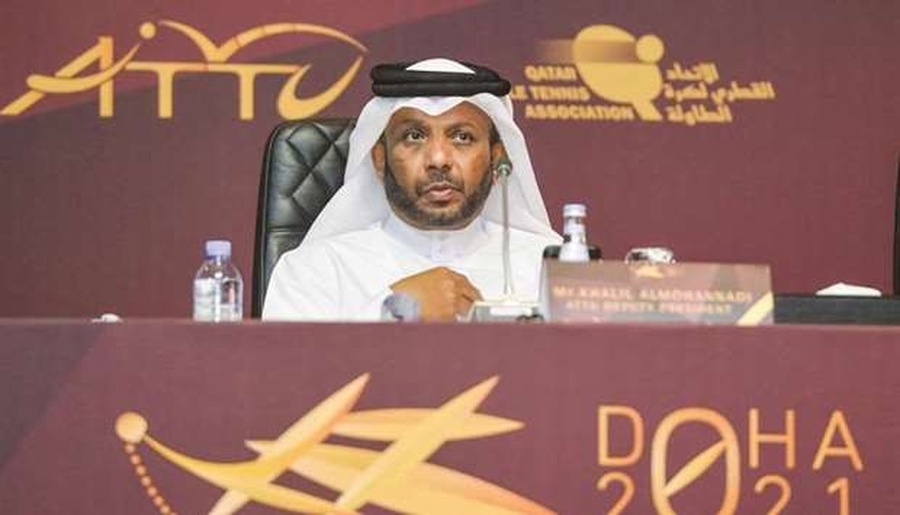 Al-Mohannadi, who is President of the Qatar Table Tennis Association, was elected unopposed at the meeting held on the sidelines of the 2021 Asian Table Tennis Championships at Lusail Hall.

“I want to work with everyone and join hands together in order to reach the game’s maximum potential. I feel very optimistic for the coming period,” Al-Mohannadi told the Gulf Times.

“I think this position is less than what Qatar deserves in general, because Qatar has provided a lot for international and Asian table tennis in recent years, until it became undisputedly the home of international table tennis,” he said.

Al-Mohannadi added: “Qatar has hosted seven tournaments in the last year and everyone knows without the support of the National Olympic Committee headed by HE Sheikh Joaan bin Hamad al-Thani we would not have succeeded in hosting these events.”

He is the first Arab and Qatari to head the Asian Table Tennis Union since its founding in 1972 and his election ended the monopoly of East Asian countries at the helm.

Al-Mohannadi, who is also Deputy President of the International Table Tennis Federation and a member of the recently formed World Table Tennis Board, will take over the presidency of the Asian Union which includes 44 member nations.