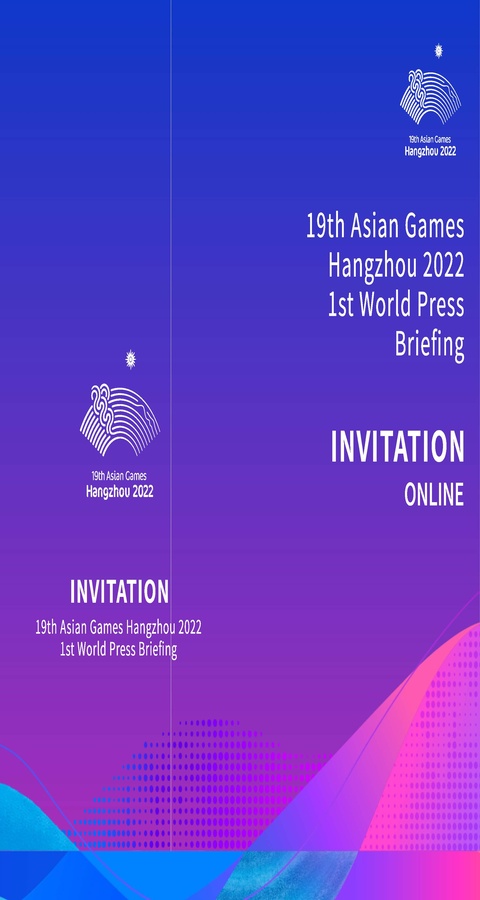 Hangzhou, China, September 23, 2021: The Hangzhou Asian Games Organising Committee (HAGOC) has announced that the first World Press Briefing for the 19th Asian Games 2022 will be held from October 17-20, 2021.

HAGOC informed the National Olympic Committees of the WPB dates in a circular on September 22 and the NOCs will coordinate with the press in their own countries and regions.

“It is an honour for us to invite press officials from - and press organisations under - the governance of your NOC to attend the event online,” HAGOC said.

“During the World Press Briefing, the 19th Asian Games Hangzhou 2022 Organising Committee (HAGOC) will present updates on preparations for the Games and the services to be provided for the press in Games-time.

“It will also be an opportunity for HAGOC to hear and receive advice from your press partners and officials so that we may better understand their requirements regarding press coverage for the Games, and to ensure that the best possible services and facilities will be on offer.”

HAGOC said that all participants would be informed of the online registration system by October 14 and that an online meeting system test would be conducted on the first day of the WPB, Sunday, October 17.

The 19th Asian Games will be held from September 10-25, 2022 in Hangzhou – the capital of Zhejiang province in eastern China – and five co-host cities. There will be 40 sports, 61 disciplines and 482 events.

Esports will be making its official debut as an Asian Games medal sport as a discipline of Mind Sports and breaking will also be new on the programme under Dance Sport ahead of its Olympic Games debut at Paris 2024. 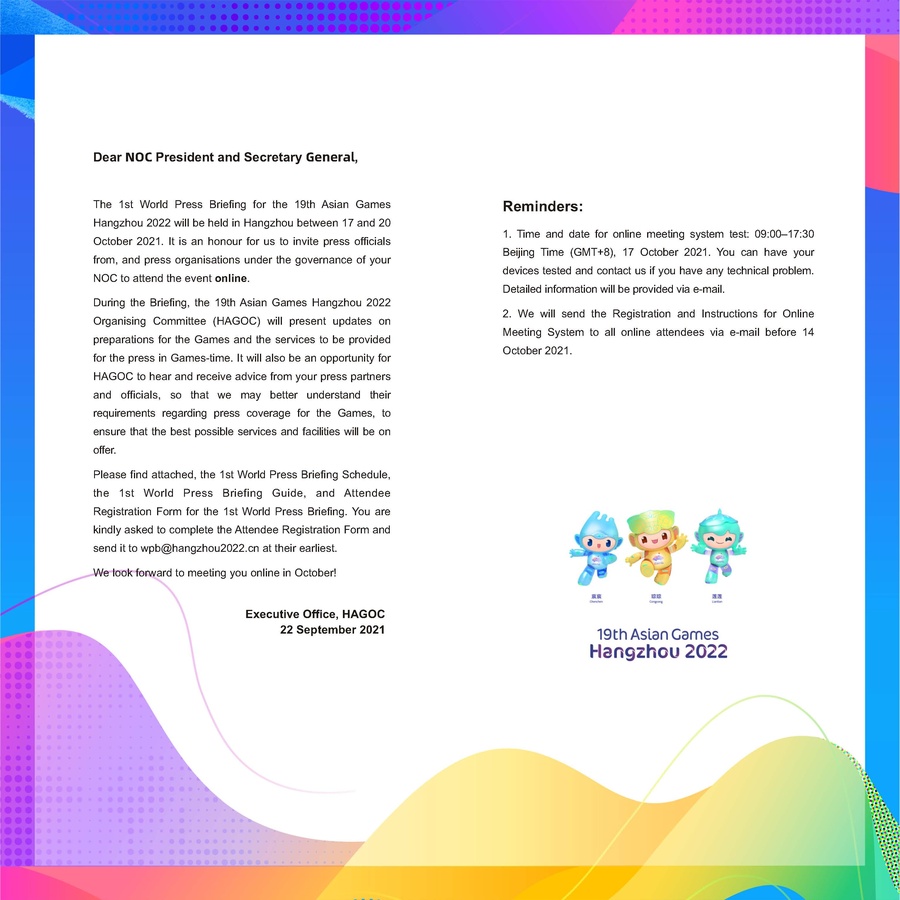