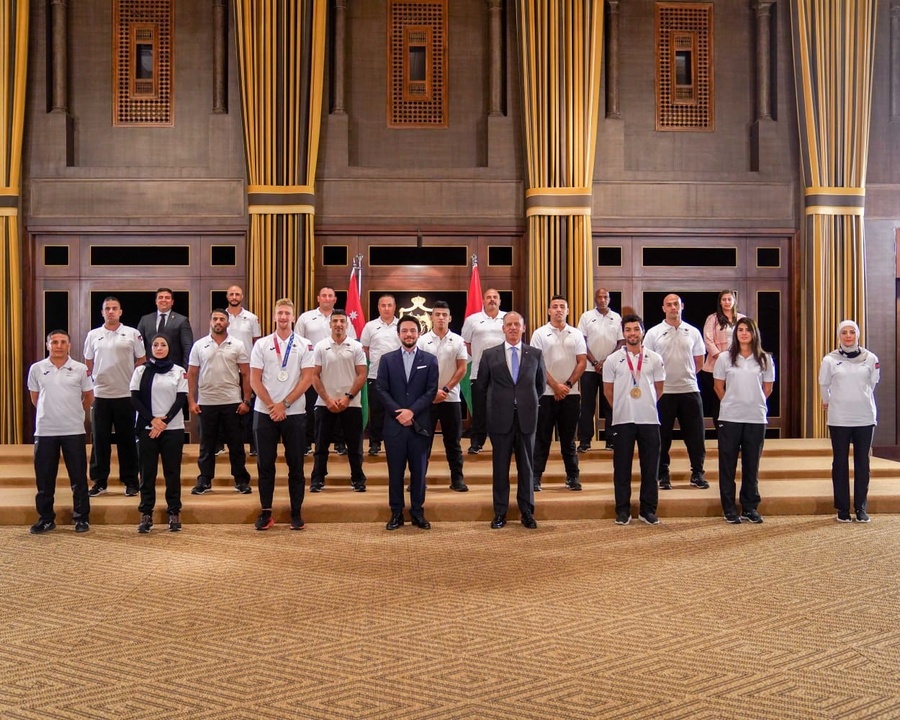 Also attending the meeting were HRH Prince Faisal bin Al Hussein, President of Jordan Olympic Committee, and Marid bin Raad, President of The Higher Council for the Rights of Persons with Disabilities.

The Crown Prince expressed his pride in the achievements made during the Olympic and Paralympic Games, and hailed the success of the male and female athletes in raising the Jordanian flag throughout both events.

The Olympic delegation won two medals during the Tokyo 2020 Olympics – a silver medal in taekwondo by Saleh El Sharabaty and a bronze medal in karate by Abdel Rahman Al Masatfa.

The Paralympic delegation won five medals, including four golds and one bronze. Weightlifters Omar Qaradah, Abdul Karim Khattab and Jamil Al-Shibli each won a gold medal as did Ahmed Al Hindi in shot put. The bronze medal was won by Khetam Abu Awad in table tennis.

The Olympic and Paralympic athletes expressed their happiness at meeting the Crown Prince and thanked him for acknowledging their efforts. The athletes pledged to continue to raise the flag of Jordan at future high profile tournaments. 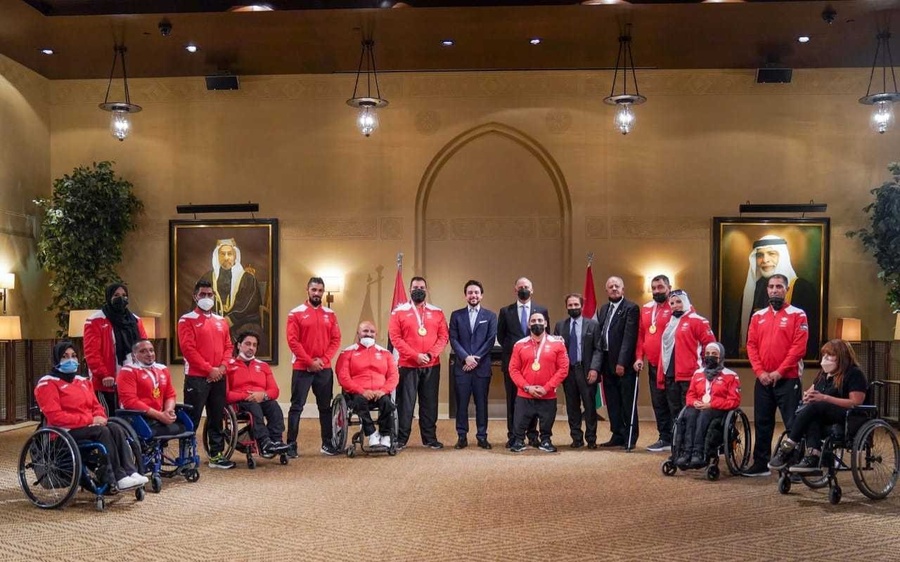