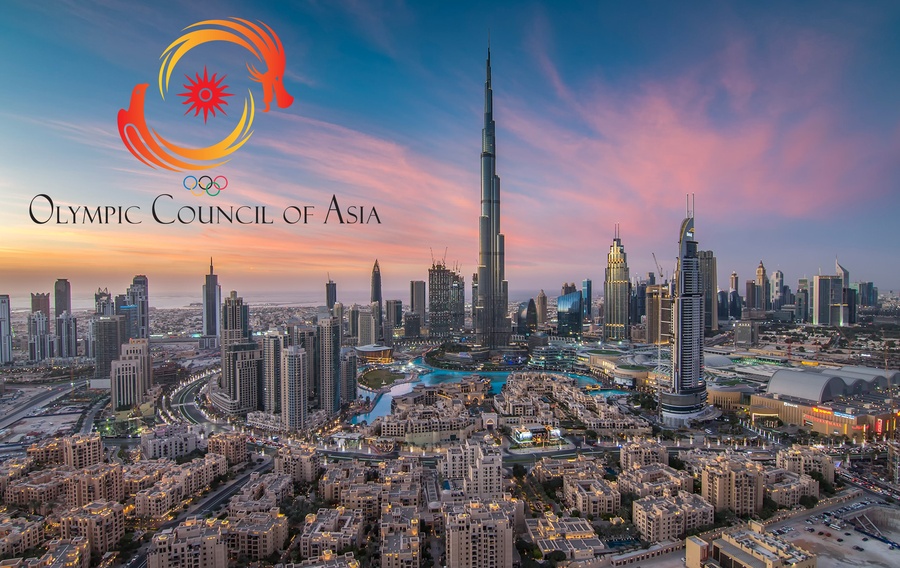 Kuwait City, Kuwait, September 17, 2021: The Olympic Council of Asia has announced that this year’s General Assembly will be held in Dubai, United Arab Emirates, on Sunday, November 21.

In a circular to the OCA’s 45 National Olympic Committees dated September 17, OCA Director General Mr Husain Al Musallam says that the 40th OCA General Assembly will be held in two formats – in person and online.

In keeping with the “new norm” brought about by the pandemic, Mr Al Musallam points out that only delegates who are fully vaccinated with two doses and who possess a negative RT-PCR certificate from within 48 hours of departure from their own country will be allowed to enter Dubai.

Delegates must also take a RT-PCR test on arrival in Dubai and, provided the result is negative, will be allowed to move freely without quarantine.

The General Assembly agenda will highlight the stability of the Olympic movement in Asia with presentations or updates from the next four hosts of the OCA’s showpiece event, the Asian Games: Hangzhou 2022, Aichi-Nagoya 2026, Doha 2030 and Riyadh 2034.

There will also be progress reports from the organisers of two other multi-sport games in 2022: the 6th Asian Indoor and Martial Arts Games in Bangkok and Chonburi next March and the 3rd Asian Youth Games in Shantou, China in December 2022.

The host city of the 4th Asian Youth Games, Tashkent, Uzbekistan, will also provide an update on preparations for 2025.

The 76th meeting of the OCA Executive Board will take place the day before the General Assembly, on Saturday, November 20, and the same health protocols and procedures will apply.

The venue for the Executive Board and General Assembly meetings is the Hilton Hotel, Al Habtoor City in Dubai.