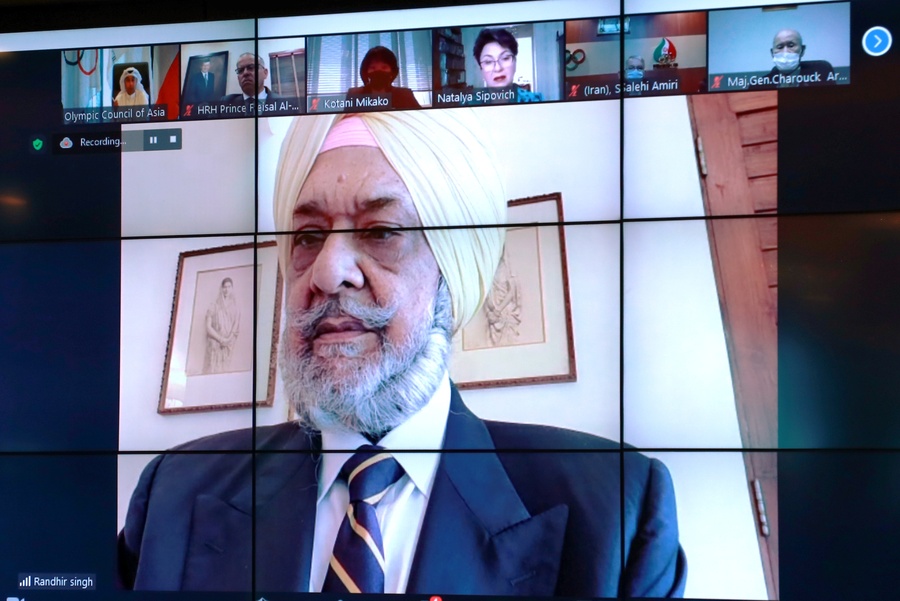 Kuwait City, Kuwait, September 13, 2021: The Acting President of the Olympic Council of Asia, Raja Randhir Singh, told a meeting of the OCA Executive Board on Monday that he was “honoured” to take on the role in the absence of the President, HE Sheikh Ahmad Al-Fahad Al-Sabah.

Raja Randhir, who is an Honorary Life Vice President of the OCA and former Secretary General, chaired the Executive Board meeting and paid a glowing tribute to Sheikh Ahmad for his work in building up the Olympic movement in Asia for 30 years.

“I am honoured to be the Acting President of an organization which we have all so lovingly built and nurtured, but I would like to assure you that this is an interim set-up until Sheikh Ahmad clears his name,” said Raja Randhir.

“I would like to place on record my appreciation and admiration for Sheikh Ahmad in successfully leading this organization for 30 years; Sheikh Ahmad has been responsible for the growth of the OCA and the Asian Games as one of the biggest multi-sports events in the world.

“We, as the OCA Executive Board, should lend all our moral support to him during this critical period and hope and pray that he clears his name sooner rather than later.

“I can assure you the work of the OCA will continue to carry on as usual without any hindrance, as per OCA Constitution and the Olympic Charter” added Raja Randhir.

“I have full confidence that the OCA Headquarters and its Director General will continue to carry on the good work which they have been doing for well over four decades.”

Other members of the Executive Board expressed their support for Sheikh Ahmad and said they hoped he would be back soon to lead the organisation.

The meeting heard updates on the next four multi-sport games – starting with the 6th Asian Indoor and Martial Arts Games in Bangkok and Chonburi, Thailand in March 2022, the 19th Asian Games in Hangzhou, China in September 2022, the 3rd Asian Youth Games in Shantou, China in December 2022 and the 6th Asian Beach Games in Sanya, China, now due to take place in 2023 – and on the location and format of the OCA General Assembly later this year.

The Chair of the OCA Athletes’ Committee, Tokyo 2020 Sports Director Mikako Kotani, thanked the OCA and its National Olympic Committees for making a big contribution to the success of the Olympic Games and highlighted the 49 per cent participation of female athletes.

The OCA, through the Women and Sport Committee led by Her Excellency Sheikha Hayat Abdulaziz Al Khalifa of Bahrain, will continue to work towards this gender balance in the build-up to the next Asian Games with the cooperation of the National Olympic Committees.

The OCA Director General, Mr Husain Al-Musallam, said it was a great opportunity for NOCs to send large delegations of female athletes to Hangzhou 2022 because there was no qualification process and that female participation was more important in this case than winning or losing in order to strengthen the level of female athletes in the future.

Mr Al-Musallam also said that the OCA was involved in continuous dialogue with the National Olympic Committee of the Democratic People’s Republic of Korea following their IOC suspension so that Pyongyang would still send athletes to international events such as the Olympic Games, Asian Games, World Championships and Asian Championships.

On a separate note, Mr Al-Musallam was roundly congratulated on his election as President of world swimming body FINA.

The Executive Board meeting began with a minute’s silence in tribute to three current or former OCA Executive Board members who had passed away recently: Dr Demchigjav Zagdsuren of Mongolia, Prof. Hoang Vinh Giang of Vietnam and Rukma Shumsher Rana of Nepal. 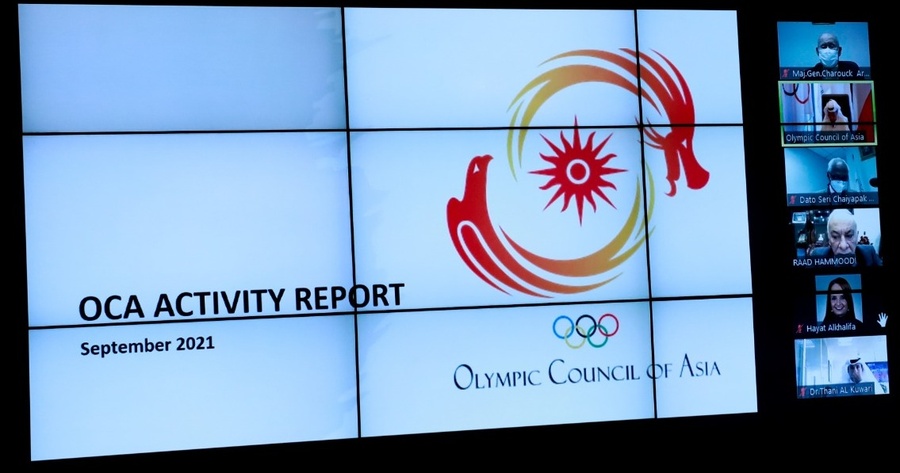 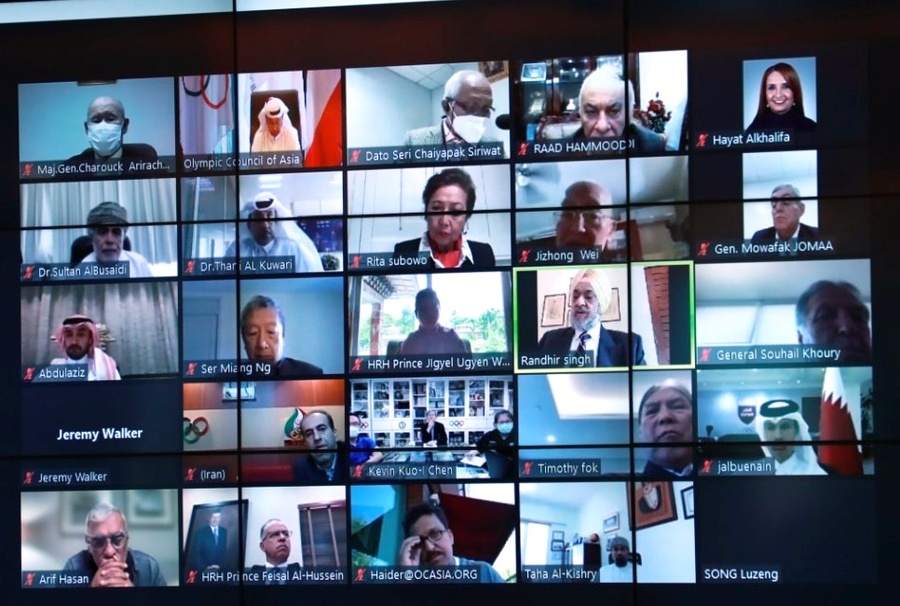