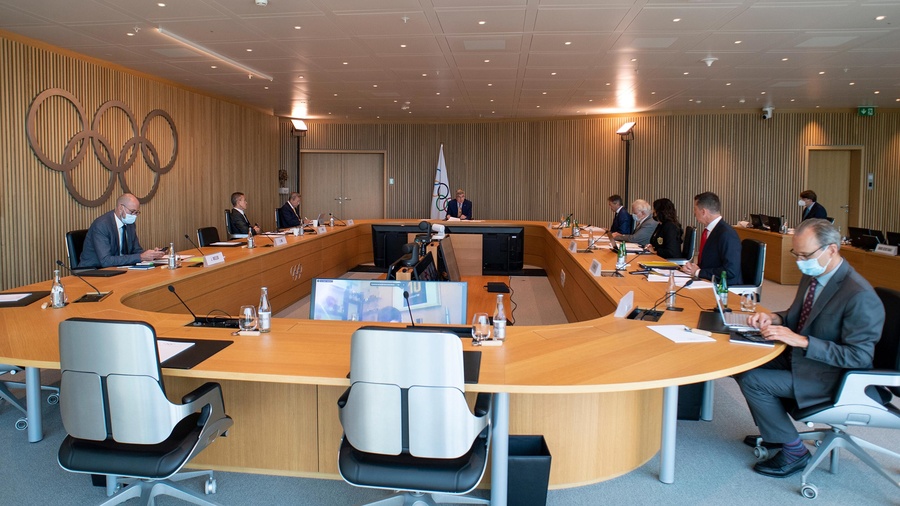 The IOC EB meets in Lausanne on Wednesday. © IOC/Philippe Woods

Lausanne, Switzerland, September 8, 2021: The Executive Board (EB) of the International Olympic Committee (IOC) today (Wednesday) decided to suspend the Olympic Committee of the Democratic People’s Republic of Korea (PRK NOC) until the end of 2022 as a result of the NOC’s unilateral decision not to participate in the Olympic Games Tokyo 2020.

The NOC suspension has the following consequences:

*The accrued financial support from the IOC, that was due to be allocated to the PRK NOC but had been withheld due to international sanctions, will be definitively forfeited, given that the PRK NOC did not contribute to the success of the Olympic Games Tokyo 2020.

*The PRK NOC will not be entitled to benefit from any assistance or programme from the IOC during the period of suspension.

*Should any athlete(s) from the PRK NOC qualify for the Olympic Winter Games Beijing 2022 through the qualification process in force, the IOC EB will take an appropriate decision in due course for the athlete(s) concerned.

*The IOC EB reserves the right to reconsider the duration of the suspension at its discretion.

The PRK NOC was the only NOC that did not participate in the Olympic Games Tokyo 2020.

Through the various communications and discussions held between the IOC and the PRK NOC over the months preceding the Olympic Games Tokyo 2020, the IOC provided reassurances for the holding of safe Games and offered constructive proposals to find an appropriate and tailor-made solution until the very last minute (including the provision of vaccines), which were systematically rejected by the PRK NOC.

By not participating in the Olympic Games Tokyo 2020, the PRK NOC failed to fulfil one of the fundamental duties and obligations of an NOC, as per Rule 27.3 of the Olympic Charter, which states: “The NOCs have the exclusive authority for the representation of their respective countries at the Olympic Games and at the regional, continental or world multi-sports competitions patronised by the IOC. In addition, each NOC is obliged to participate in the Games of the Olympiad by sending athletes.”