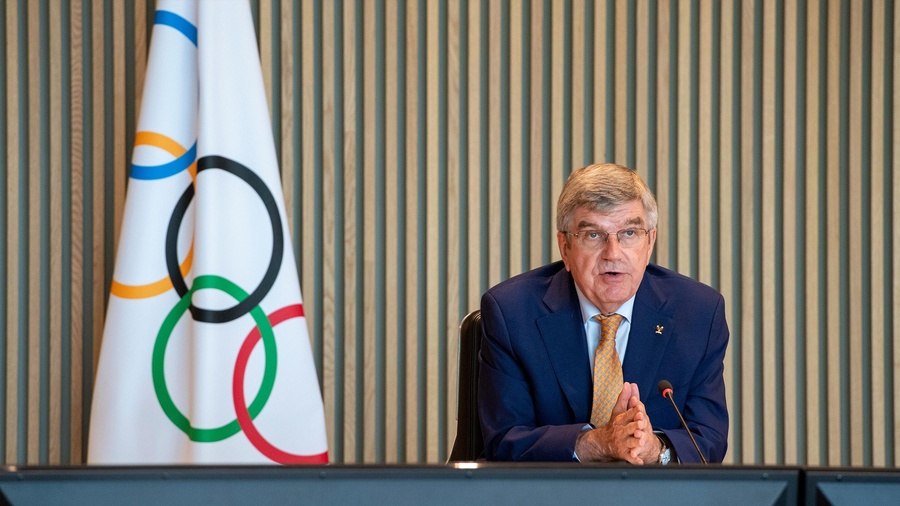 Contacted by the NOC of Afghanistan at the closing of the Olympic Games Tokyo 2020, the IOC started to work immediately to help people from the Olympic community, IOC President Thomas Bach told the media after the IOC Executive Board meeting on Wednesday. A special focus of this work was on women and girls.

“As a result of all our efforts, all athletes who participated at the Olympic and Paralympic Games Tokyo 2020 are outside the country. Two winter sports athletes are also outside the country and continue training, hoping to qualify for Beijing,” the IOC President said.

He explained that a significant number of members of the Olympic community in Afghanistan – around 100 – received humanitarian visas and could leave the country with the help of the IOC and other partners from the Olympic Movement.

“We could really enjoy true solidarity in the Olympic community: National Olympic Committees, International Federations, IOC members – everybody was ready to help by contacting their governments, making efforts on their own, by getting people on a list of their governments to obtain humanitarian visas,” the IOC President reported.

“The IOC took the central coordination role with all these stakeholders, to whom we are deeply grateful for this strong show of solidarity in the Olympic community,” he added.

Going forward, the IOC will extend scholarships to all of the Afghan participants of the Olympic Games Tokyo 2020 so they can continue training, the IOC President announced. The IOC will also continue to support the two winter athletes who are currently receiving Olympic Solidarity scholarships already.

At the same time, the IOC will continue trying to assist other members of the Olympic community who are still living in Afghanistan to receive humanitarian visas and to leave the country.

In order to achieve this objective, the IOC continues to be in contact with NOCs and governments around the globe.

At the same time, the existing NOC of Afghanistan remains recognised as the only NOC in the country, as per its existing statutes and the Olympic Charter, as do the current NOC office-bearers, who were elected in April 2018.