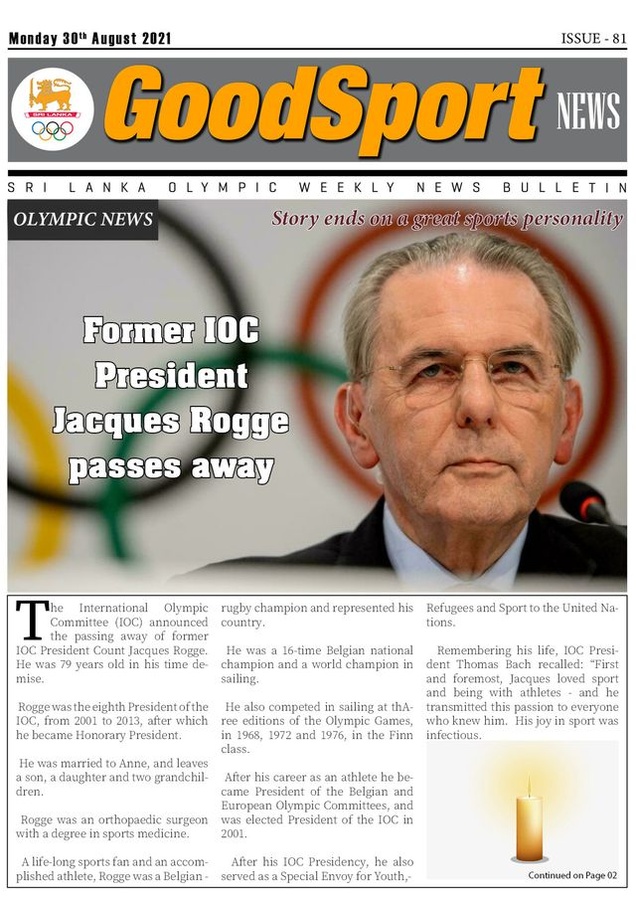 The news item covers the front page and also Page 2 to record the achievements and developments of the Olympic Movement under President Rogge, who was the eighth President of the IOC from 2001 to 2013, after which he became Honorary President.