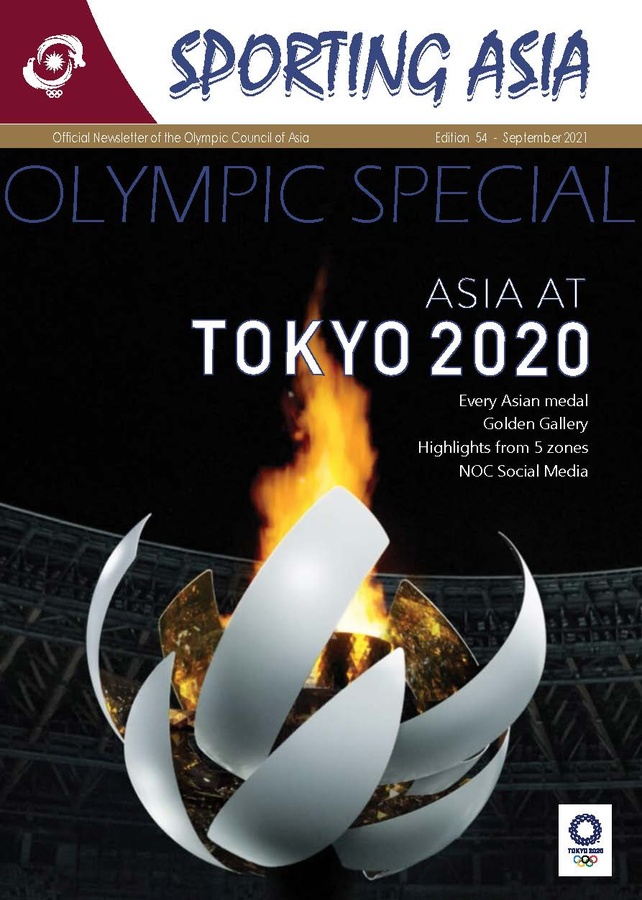 This 36-page Olympic Games Special Edition is packed with photographs, articles, facts and figures and other information that serves as an official record of Asia at Tokyo 2020.

Every Asian medal is recorded, and the highlights from the OCA’s five zones are also documented.

There is a special feature on the “Can we have two golds?” gesture from Qatari high jump king Mutaz Barshim plus a centre-spread Golden Gallery of Asian Olympic heroes.

As well as every gold, silver and bronze medal won by Asia being displayed over 10 pages, there is also a look behind the scenes at the National Olympic Committees who couldn’t manage a place on the podium this time – but deserve their turn in the spotlight just the same.