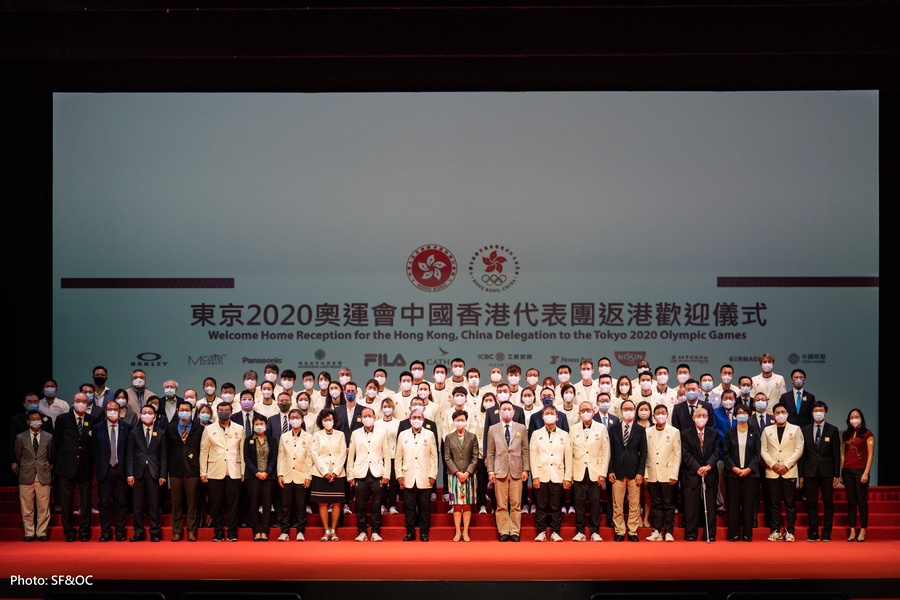 Guest of Honour Mrs. Carrie Lam Cheng Yuet-ngor, Chief Executive of the HKSAR, presented certificates of commendation to the medallists and to other athletes in recognition of their excellent performances in the Olympic Games.

Under quarantine in the mainland prior to the China National Games next month, fencing gold medallist Cheung Ka Long and track cycling bronze medallist Lee Wai Sze were unable to attend the reception but shared their feelings via recorded videos.

Cheung expressed his gratitude to Hong Kong society for their continuous support and said it was an unforgettable and surprise journey to the gold medal.

Lee said it was a big challenge to compete in two Games in the same year, but she would strive to do her best as an elite athlete.

Mr. Caspar Tsui Ying-wai, Secretary for Home Affairs, and Mr. Timothy Fok, President of the SF&OC, were also the distinguished guests and presented certificates of commendation to other athletes.

Mr. Fok said: “No matter whether our athletes were on the presentation podium or not, I am very proud of their efforts and determination.”

He was also delighted that the Government had decided to step up efforts to support sports development. He believed that the competitiveness of athletes would be enhanced with these measures, and hoped the delegation would keep the momentum going and strive for excellence at Paris 2024. 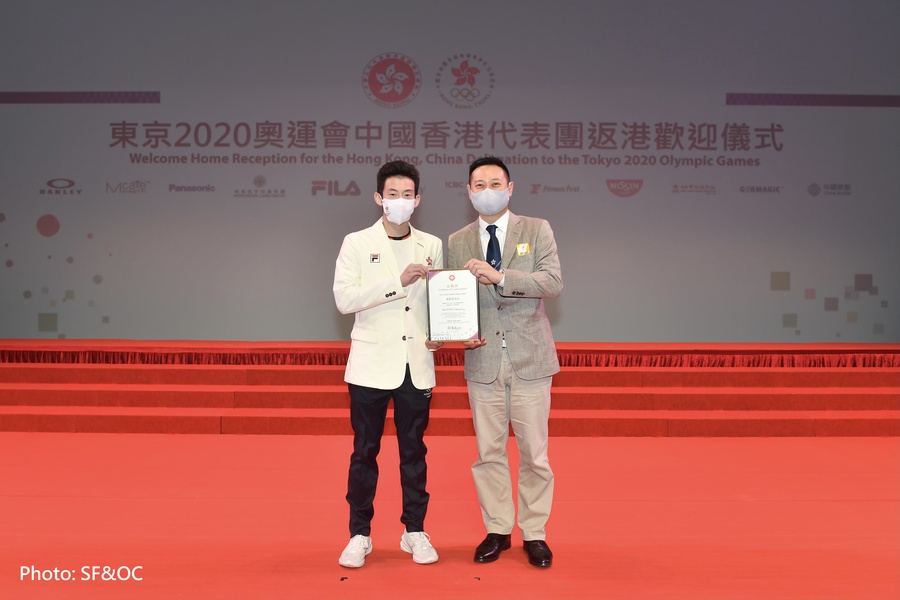 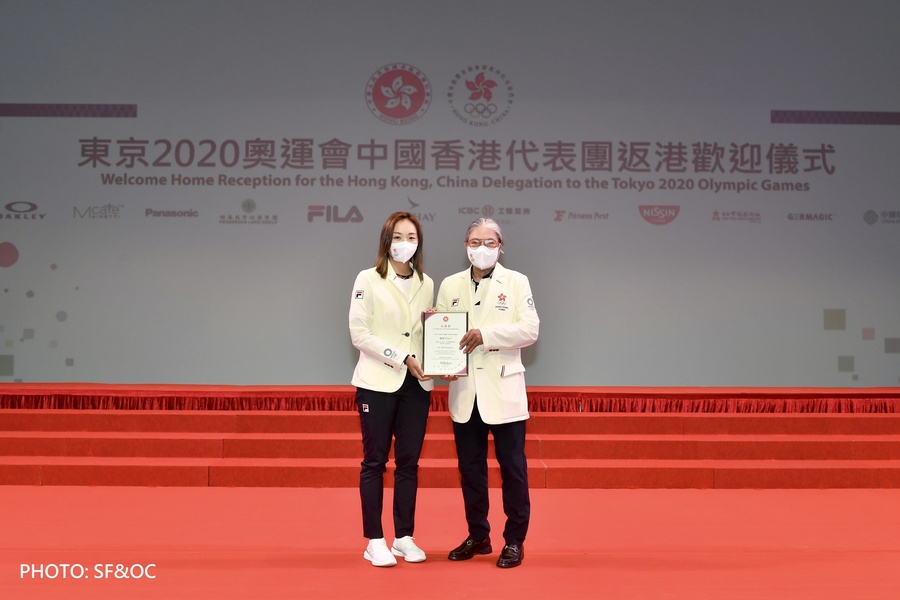 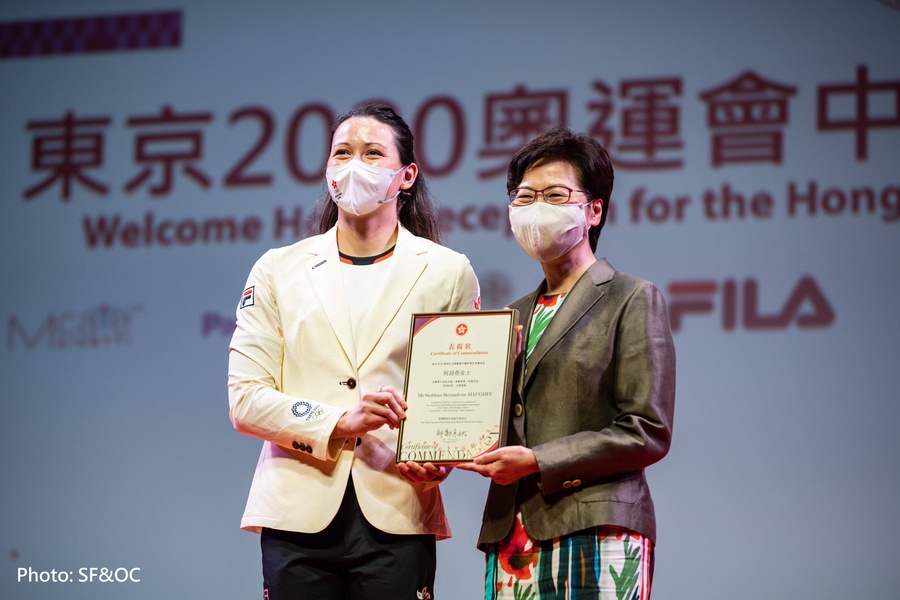 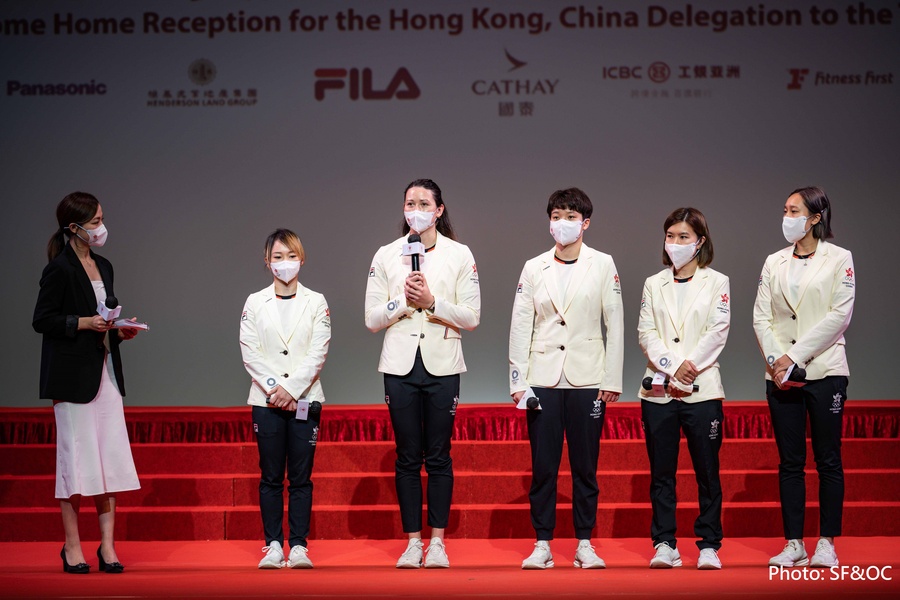