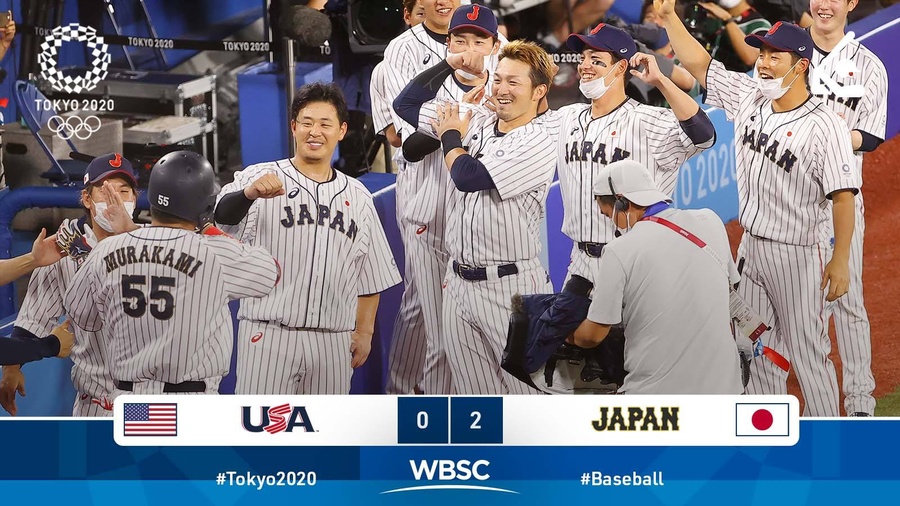 Yokohama, Japan, August 7, 2021: Japan completed a softball-baseball golden double at the Tokyo Olympics by beating the United States in the baseball final at Yokohama Stadium on Saturday night – the penultimate day of the Games.

It was the gold medal the baseball-crazy host nation had been desperate for – and it came with a 2-0 victory.

"It's just great to see the guys so happy,” said Japan manager Atsunori Inaba. "They really worked hard for this. It's a huge load off my shoulders.

"Us winning gold allowed us to show the world how good Japan are in baseball. I think we have a responsibility to help spread the game and I hope this achievement aids that.

"I've been saying for the last four years that our goal was to win a gold medal. I asked a lot of players to participate in our programme but the 24 who are here - I could not have a better 24 and to produce a fantastic result like this with them is nothing short of wonderful".

The last time baseball was part of the Olympic programme was at Beijing 2008, where Japan lost to the U.S. in the bronze medal game. Inaba was part of that team.

Fast forward 13 years. Inaba got his shot at redemption, and he seized it - with much more at stake for Japan this time.

"Losing to them in Beijing was tough for me personally. But this wasn't about getting back for Beijing. It was about winning the Tokyo Olympics. I'm just really glad we managed to achieve that,” Inaba said.