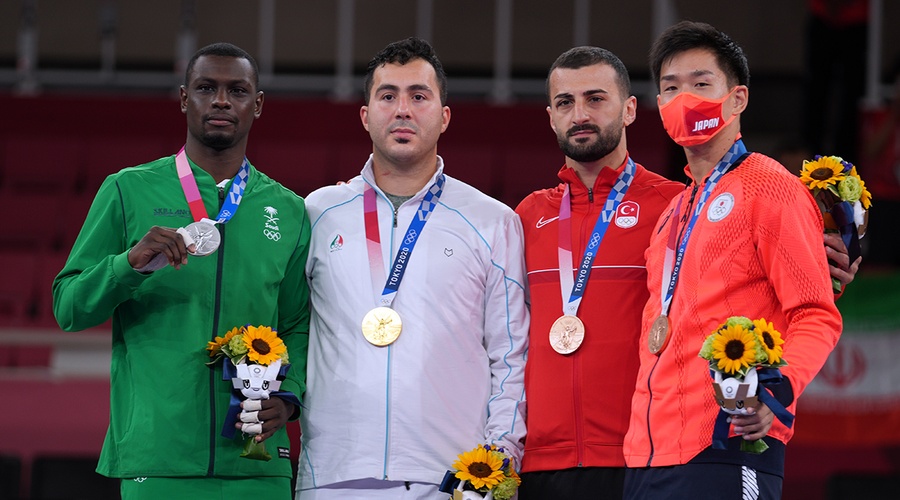 Tokyo, Japan, August 7, 2021: The final of the men’s kumite +75kg division came to a dramatic conclusion on the third and final day of karate at Nippon Budokan on Saturday, reports the World Karate Federation.

No. 2 seed Sajad Ganjzadeh of Iran was awarded the gold medal after Tareg Hamedi of Saudi Arabia was disqualified for a powerful kick to the head that brought the Iranian to the tatami, bringing a sudden end to the proceedings with Hamedi leading 4-1.

“I’m very happy that I won this gold medal,” Ganjzadeh, 29, said, “but I’m sad that it happened like this.

“But, overall, today was a very good day for me. Until the final all my matches were very good.”

Hamedi had raced out to a 4-0 lead 30 seconds into the bout and was leading 4-1 at the time of the infraction. The 23-year-old was visibly upset as he exited the competition area.

“I don’t have any objection to the decision,” he said. “I think that I competed well today, that’s all I can say.”

The judges later awarded Ganjzadeh, who is a former world champion, the gold medal by a Hansoku (disqualification) and the match ended with a 4-0 scoreline. The pair had met earlier in the elimination round Pool B and the bout ended in a 0-0 draw.

It was Iran’s third gold medal of Tokyo 2020 and a first medal of any colour for Saudi Arabia.

Hamedi, from Jubail, won the bronze medal at the Asian Games in Indonesia in men’s kumite +84kg. In 2016 he was named Most Promising Player by the World Karate Federation.

Ryutaro Araga (JPN), who had been beaten 2-0 in the semi-final by Hamedi, and Ugur Aktas (TUR) claimed the bronze medals. 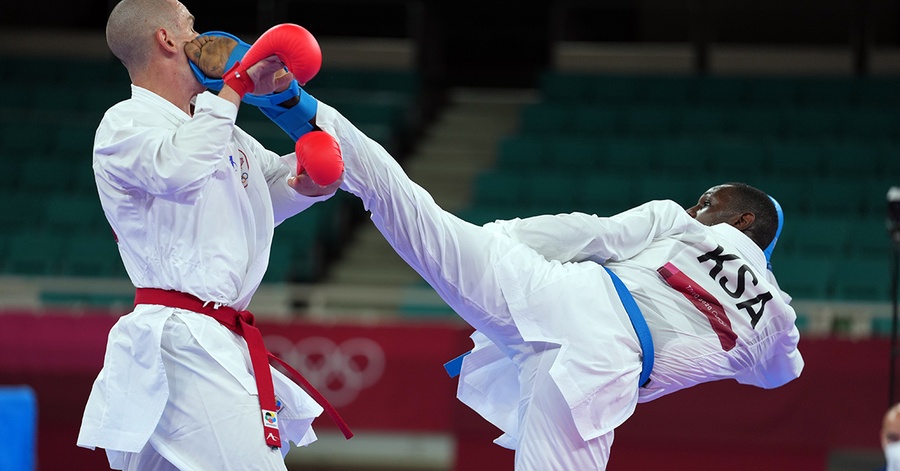