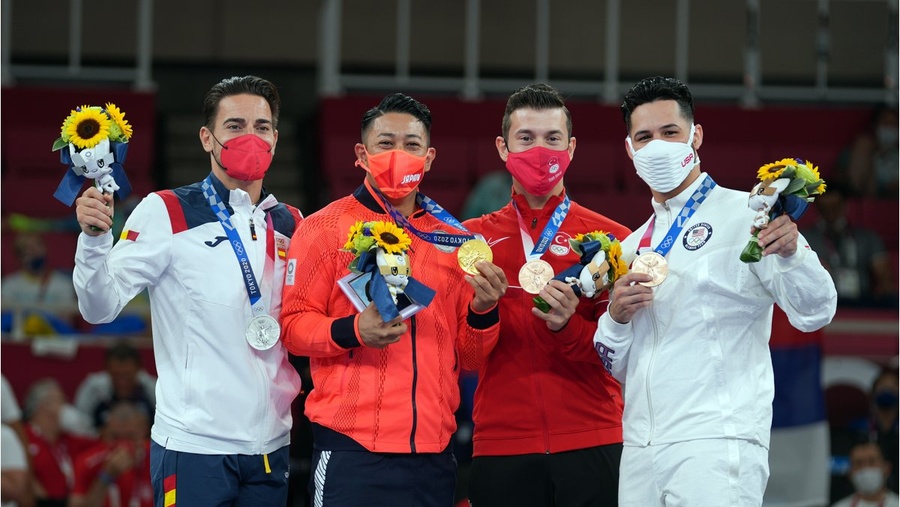 Coming into Tokyo 2020, Kiyuna said he was capable of scoring a perfect score, such was the belief in his admittedly formidable abilities. In the end, he wasn’t far off. He scored an impressive 28.72 in the final to Quintero’s 27.66.

“I didn’t get to where I am without being supported by a lot of people. I’m full of gratitude,” said Kiyuna, who carried a photo of his late mother with him to the medals podium following his win.

“I wanted my mother to see the view from the top of the podium, and to tell her that I kept my promise of winning gold at the Olympic Games. She can rest assured.

“I appreciate standing on this stage at the Olympics,” said Kiyuna, who tipped his hat to everyone involved in organizing the event during the pandemic.

“There are so many people who have been working so hard with COVID-19 and I appreciate that I can stand here even in this situation.”

Born in Okinawa, the birthplace of Karate, Kiyuna is a three-time World Champion who is quite clearly at the top of his game. Indeed, the 31-year-old athlete has not lost a bout since February 2018.

The gold medal will be a just reward for all the hard work and dedication Kiyuna has put into his craft since he started practising Karate at the age of 5. He claims to never take a day off from the dojo, training 365 days a year – five to six hours daily on technical practice and one to two hours on physical training.

His message tonight for everyone watching at home was a simple one: “Never give up, always continue, and follow your dreams.”

So little separated the two that neither was able to score a point during the bout and the gold medal was awarded by Hantei (judges’ decision). 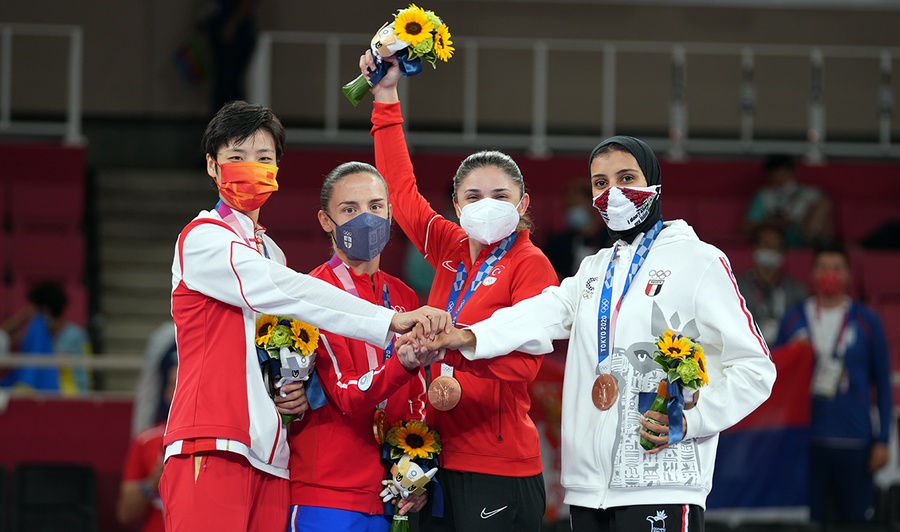