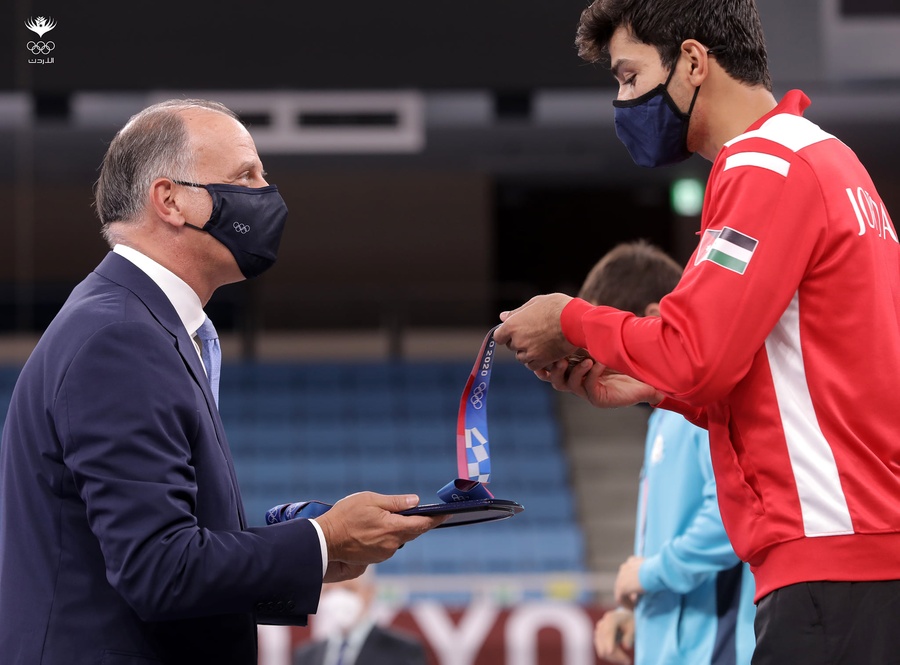 Tokyo, Japan, August 5, 2021: Jordan’s Abdel Rahman Al-Masatfa won a bronze medal in karate on Thursday, August 5 at the Nippon Budokan, making it the first time the Kingdom has won two medals at the same Olympic Games.

Al-Masatfa took bronze in the men’s -67kg kumite to add to the taekwondo silver medal won by Saleh El-Sharabaty at men’s 80kg on July 26.

The 25-year-old Al-Masatfa, who had also won a bronze medal at the 2018 Asian Games in Jakarta and Palembang, won all four bouts in preliminary round Pool B to book a place in the semi-finals and guarantee a medal.

Turkey's Eray Samdan proved too strong in the semi-final and won 2-0 to advance to the final and leave the Jordanian with bronze.

“Our hero Abdel Rahman Al-Masatfa is the first athlete from Jordan to win a karate medal at the Olympics and our Jordanian team has ended its historic participation in the Olympics with two medals for the first time in the same Olympic edition,” the Jordan Olympic Committee said in a Facebook post.

His Royal Highness Prince Faisal bin Hussein, Executive Board member of the International Olympic Committee and President of the Jordan Olympic Committee, presented the bronze medal at the victory ceremony.

The country now has a full complement of medals with Ahmed Abu Ghosh winning the first ever Olympic medal - a gold medal - at Rio 2016 also in taekwondo in the 68kg category.

Jordan was represented by 14 athletes in eight sports in Tokyo. 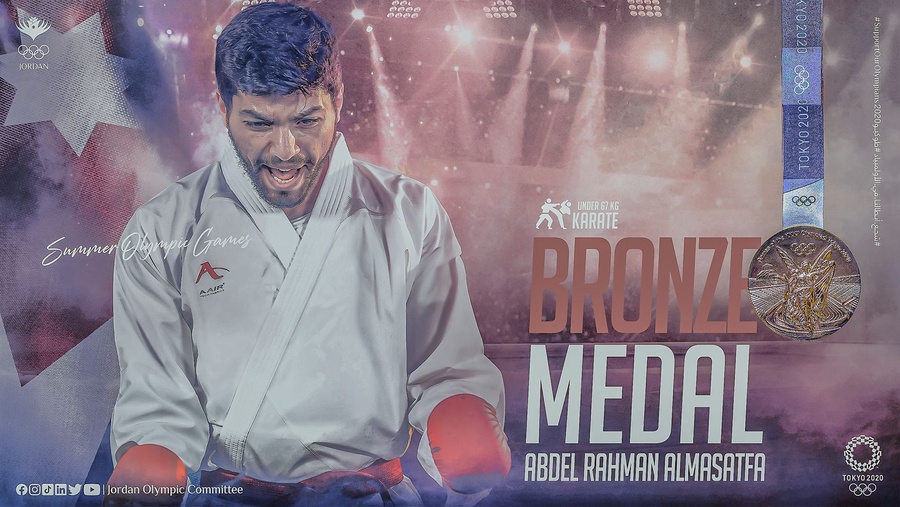 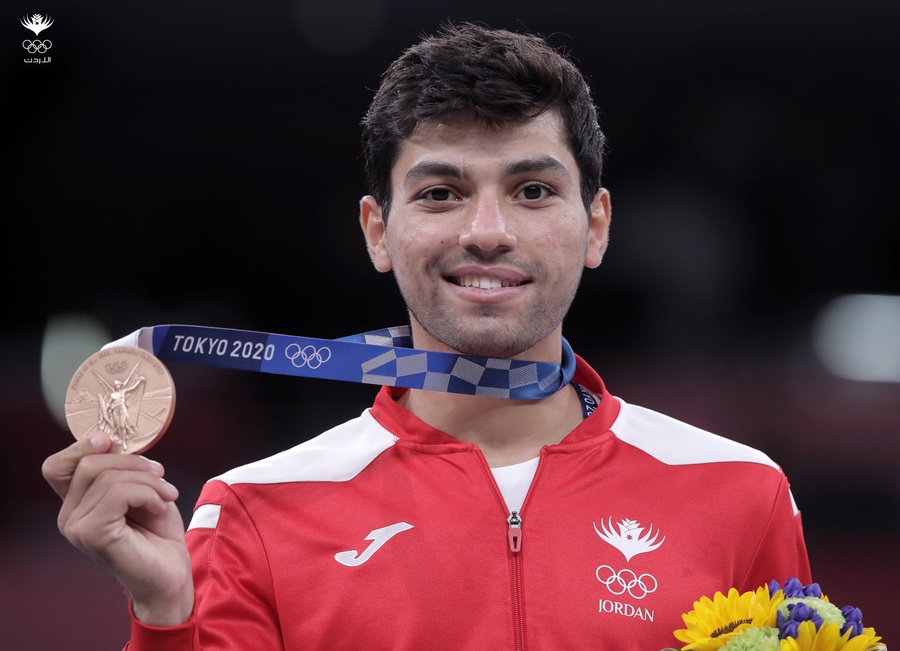