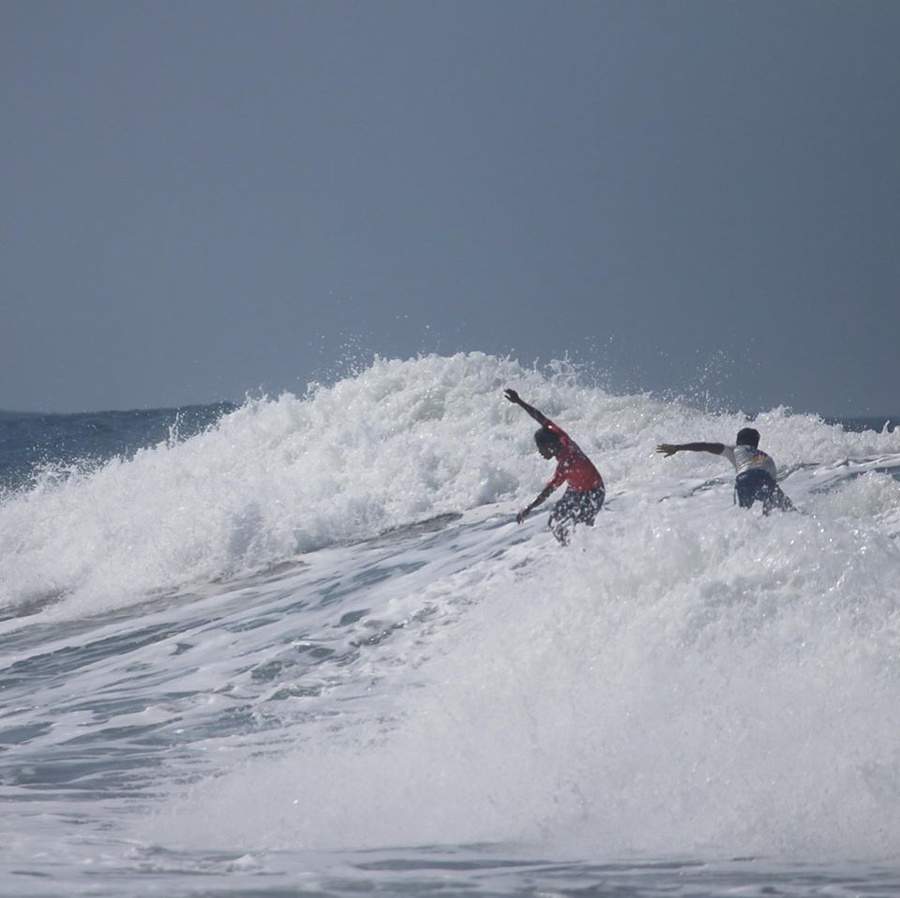 Manila, Philippines, December 6, 2019: Even though the competition is fierce and athletes are striving for gold, there is always time for some genuine sportsmanship amidst the heat of competition. There was one such incident in the surfing competition of the 30th Southeast Asian Games in the Philippines on Friday. The 2019 SEA Games Facebook page reports: “In the midst of the men’s longboard open competition for surfing, Indonesia’s Arip Nurhidayat broke his leash and was swept away by the waves. “The Philippines’ Roger Casugay came to the rescue, setting aside the ongoing battle for the gold. This is how ‘We Win As One’,” said the post, referring to the slogan of the SEA Games 2019. Jefferson Ganuelas, who took the photos at the surfing venue in La Union province, said: “The #seagames2019 surfing is on hold. Indonesian longboard sensation @mencosss broke his leash and swept away and being pounded by triple overhead bomb waves at Monaliza Pt. “Local surfer @roger_casugay rescued him not minding the ongoing race for gold medal. #pilipinoheart is soooo goood!!! One of the best. @mylifeonboard #seagames2019.” In less than an hour, the 2019 SEA Games post had attracted 3,700 Likes and over 180 comments praising the spirit of the local competitor in coming to the aid of his stricken Indonesian rival.