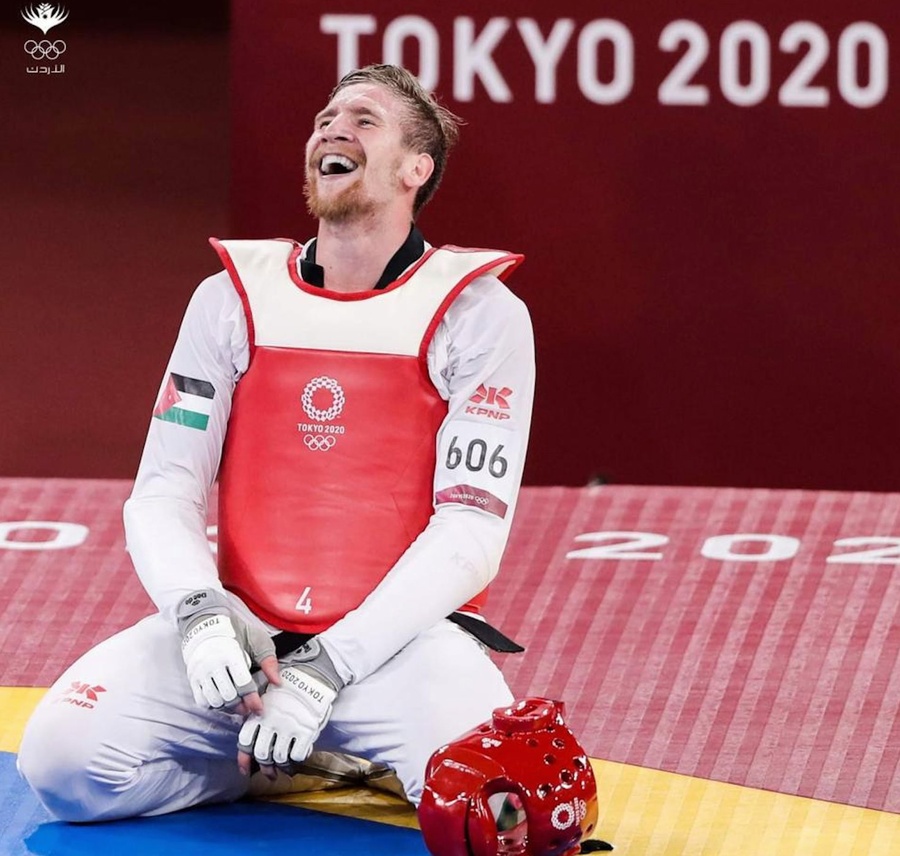 A Facebook post from the Princess Basma Bint Talal Office spoke of the “great joy across our country” with the silver medal performance of El Sharabaty in the men's -80kg taekwondo competition on July 26. It was Jordan’s second medal in the history of the Olympic Games.

“Congratulations Saleh Salah El Sharabaty on the fantastic achievement of Jordan’s second-ever Olympic medal. What a proud moment for Saleh and for Jordan.”

The athlete himself commented: “All thanks to Her Highness Princess Basma Bint Talal for her support and attention.”

Her Royal Highness Princess Basma Bint Talal was born in Amman, Jordan, on May 11, 1951, to His Majesty King Talal bin Abdullah and Her Majesty Queen Zein Al Sharaf.

For over forty years Her Royal Highness has worked nationally, regionally and internationally to promote a range of global issues, most notably in the areas of human development, gender equity and women′s empowerment, and the well-being and development of children.