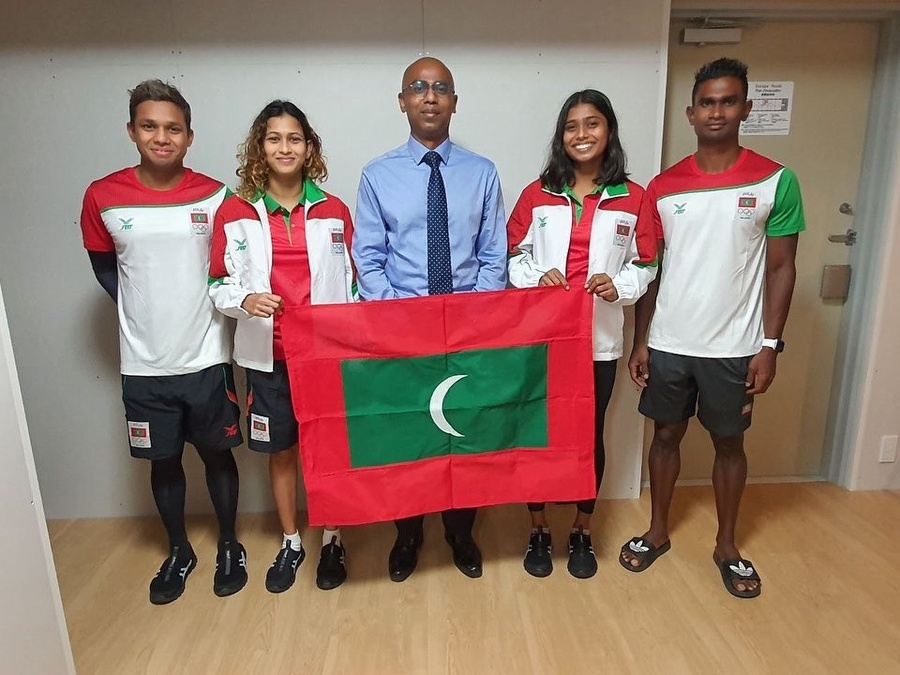 The Maldivian ambassador praised his country’s athletes and officials for the hard work they had put in prior to the Tokyo Olympics and encouraged the four athletes to do their best saying it was a proud moment for all Maldivians to see them perform on the world’s biggest stage.

He also thanked the Maldivian contingent for coping with a difficult situation – the COVID-19 health protocols among them – without raising complaints.

The athletes and MOC President Sattar thanked the ambassador for visiting the team at the Olympic Village and also discussed ways where the Maldives embassy in Japan can be of assistance to the team over the next few days.

The four athletes representing Maldives in three sports are Hassan Saaid in the men’s 100m in track and field, Fathimah Abdul Razzaq in badminton and Aishath Sajina and Mubal Azaam Ibrahim in swimming. 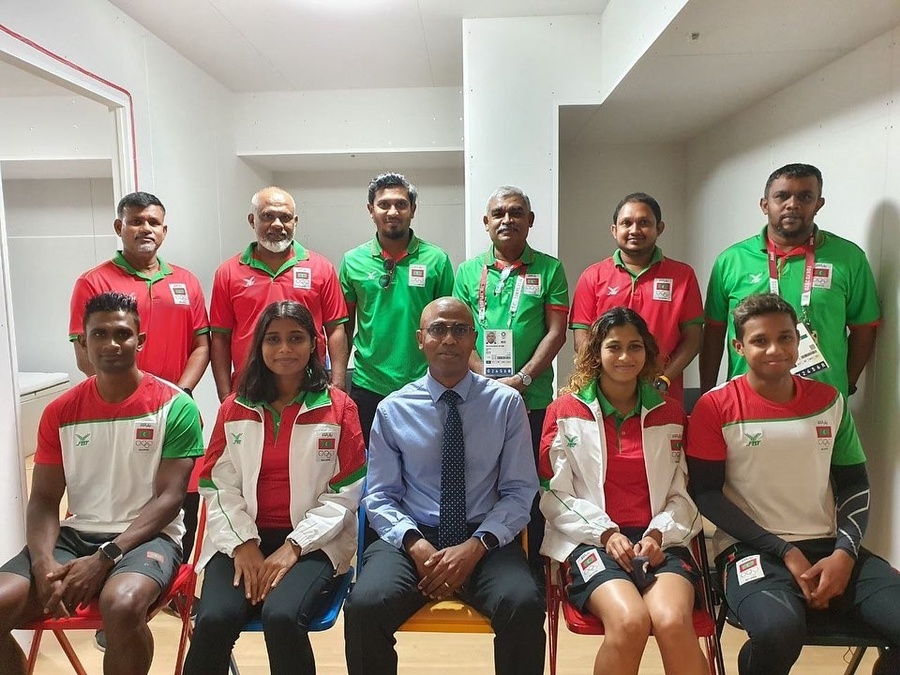