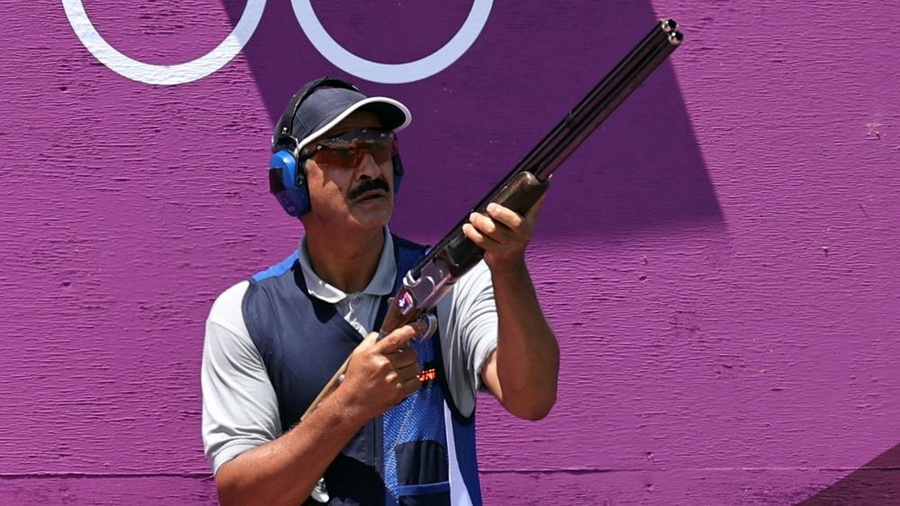 The 57-year-old Kuwaiti finished third with a score of 46. Vincent Hancock of the United States took gold with an Olympic Record 59 – missing just one shot which would have equalled the world record of 60 – and Denmark’s Jesper Hansen won the silver with 55.

Al-Rashidi made his Olympic Games debut at Atlanta 1996 and won a bronze at Rio 2016, although he was competing as an Independent Olympic Athlete at the time due to the IOC suspension of the Kuwait Olympic Committee.

It is the first medal for Kuwait at Tokyo 2020.

Al-Rashidi will celebrate his 58th birthday on August 21 and said: “I am 58 years old. I am the oldest shooter and the bronze medal is worth more than gold for me. I am very happy for this medal, but I hope, at the next Olympics, gold medal. Paris!

“I'm not lucky enough to win the gold medal, but I am happy with the bronze medal and, with Allah's help, I hope the next Olympics, Paris 2024, I have a gold medal. I'll be 61 there and I'll shoot two events, skeet and trap."

Although he was proud to win the bronze medal at Rio he was not fully satisfied because there was no Kuwait flag flying.

“If you see the ceremony, my head is lowered. I don't like to see the Olympic flag. I need my flag, the Kuwaiti flag. And today, you see me, I am happy when I see my flag and it's the second medal at the Olympic Games and I hope, next Olympics, gold medal."