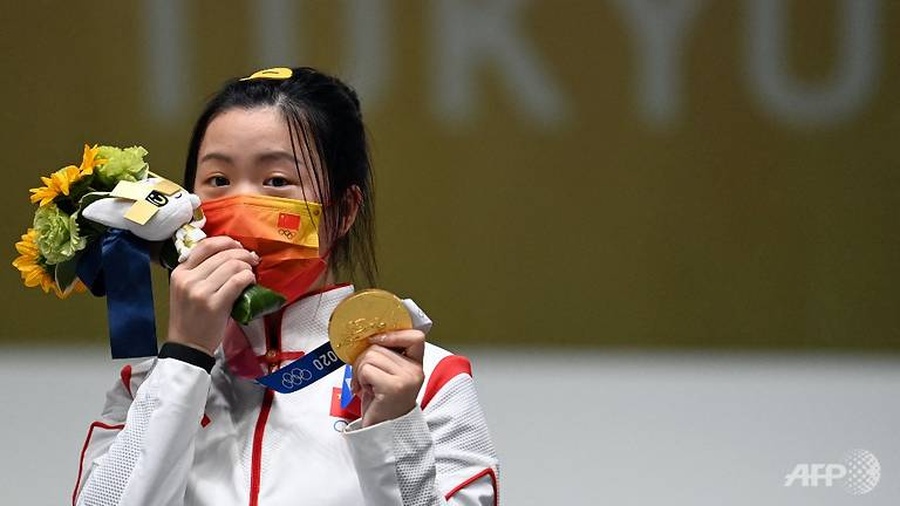 The silver went to Russian shooter Anastasiia Galashina and the bronze to Switzerland's Nina Christen.

Galashina led the race for the gold in the final until she cracked under pressure and signed off with her lowest score of 8.9 for a total of 251.1.

The first medal ceremony of the Games saw Yang presented with her gold by International Olympic Committee President Thomas Bach.

Yang draped the medal around her neck after being handed the gold on a tray offered by Bach, in keeping with COVID-19 protocols in place at the Games.

With fans barred from venues, only a handful of Chinese support staff were on hand to congratulate Yang after the win.