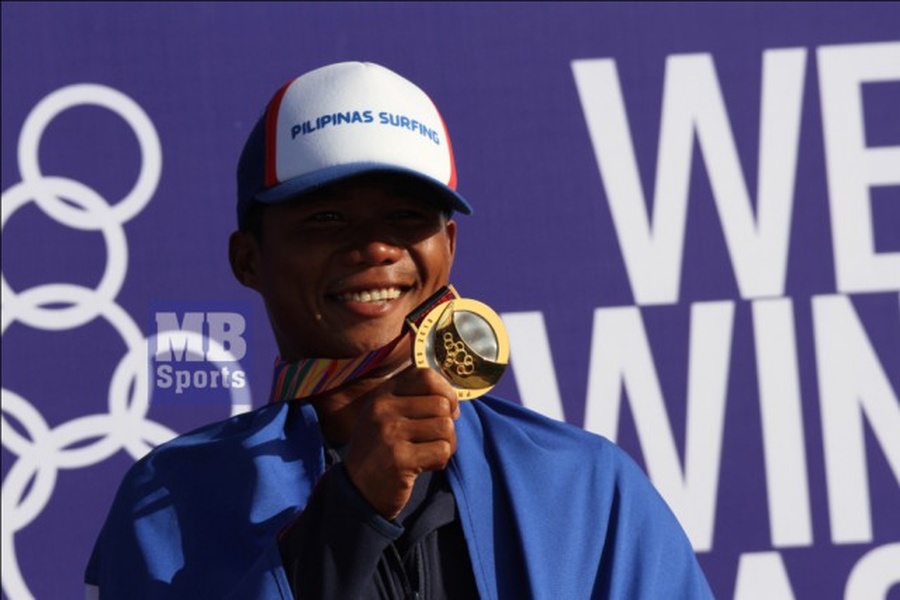 Manila, Philippines, December 9, 2019: The government’s Philippine Sports Commission will be recognising surfer Roger Casugay’s heroic act during the 30th Southeast Asian Games by giving him a plaque of recognition and cash incentive. In a statement on Monday, PSC Chairman William “Butch” Ramirez said that Casugay’s action in saving a stricken rival in the wild surf embodied the Filipino athlete’s true spirit of heroism, sportsmanship and sacrifice. “I will include Roger in our awarding in Malacañang to meet the President. The PSC will also give him a plaque and cash incentive to be approved by the Board,” Ramirez said. The PSC also announced that Casugay will be the country’s flag-bearer in the closing ceremony on Wednesday, December 11. A strong Philippines bet in the men’s longboard open event, Casugay rescued his Indonesian rival Arip Nurhidayat in the middle of the third round preliminaries at San Juan, La Union, last Friday. Large waves had swept away Nurhidayat after his surfboard ankle leash broke. They paddled back to the shore sharing Casugay’s board. His act of heroism had gone viral on social media and drew praise from the public as well as the Indonesian President, Joko Widodo. In a tweet, “Jokowi” said: “Winning the competition and upholding sportsmanship is important but humanity is above all. My appreciation for Roger Casugay.” Casugay earlier said he was no hero and wanted to remain only as an ordinary athlete, but many Filipinos recognised his heroism that paid off with a gold medal on Sunday.