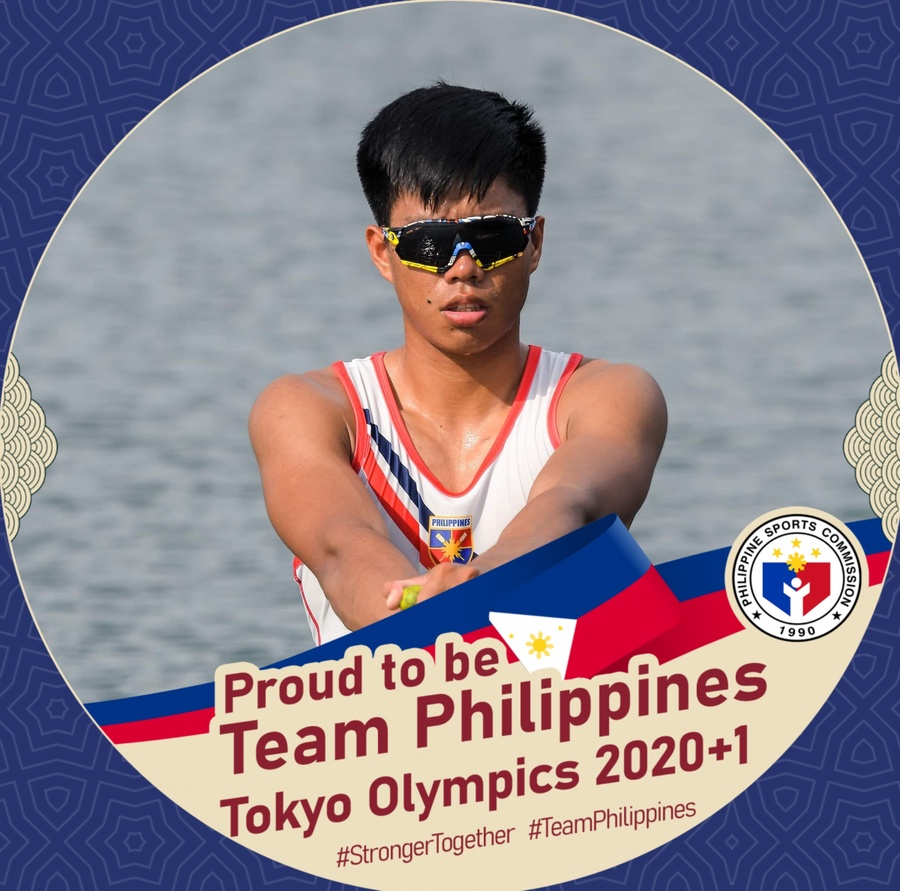 That’s the success story of Cris Nievarez, the 21-year-old rower from the Philippines who produced a proud performance for his country – and Asia – on the first day of rowing at Sea Forest Waterway in Tokyo on Friday morning.

Competing in the fifth of six heats in men’s singles sculls, Nievarez came home third to advance to the quarter-finals. The top three in each heat progressed to the next round, while the others will have another row in the repechage.

Of the 32 competitors, Nievarez was one of only three Asian rowers to advance. The other two were Vladislav Yakovlev of Kazakhstan and Ryuta Arakawa of Japan.

Nievarez was selected by the Philippine Olympic Committee for the OCA’s youth camp in rowing at Pattaya, Thailand in 2016. The chief instructor was Chris Perry from the Hong Kong, China Rowing Association, who was also in Tokyo with his team.

Earlier this year, Nievarez competed in the Asian qualifying competition at the Olympic Games venue in Tokyo and managed to secure a place in the men’s single sculls.

On a hot and humid morning, Nievarez clocked 7 minutes, 22.97 seconds to finish third in his heat of five, behind double Olympic silver medallist Damir Martin of Croatia (7:09.17) and Alexander Vyazovkin of the Russian Olympic Committee (7:14.95).