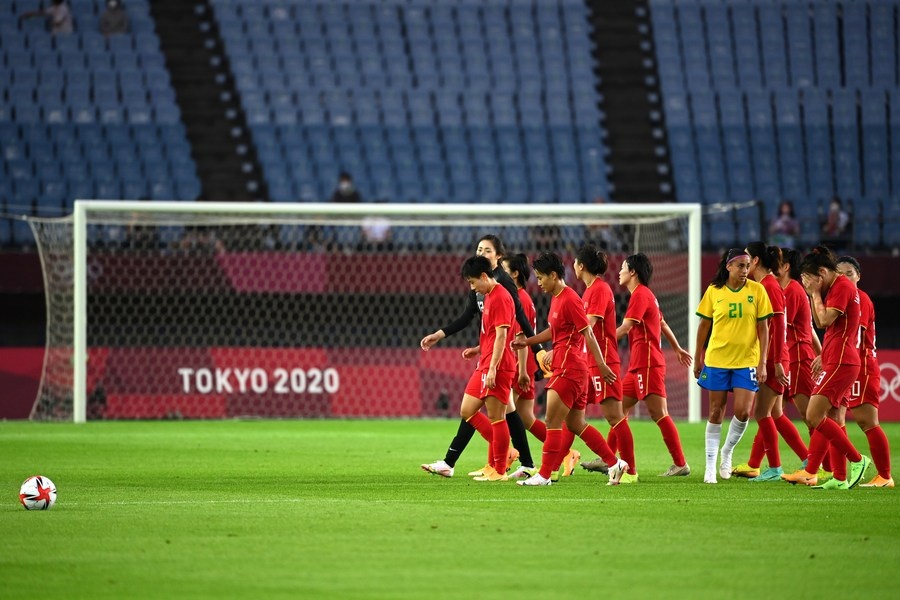 The Chinese, who had defeated a stubborn Korea in a two-legged Asian play-off to book a ticket to Japan, suffered from poor defending and goalkeeping in the early stages to give Brazil an early 2-0 lead.

There was no way back from this point, and Brazil added three more in the second half to complete the rout.

In the other Group F game, the Netherlands beat Zambia 10-3.

Inevitably it was the veteran Marta who orchestrated Brazil’s victory over China, becoming the first player to score in five consecutive Olympic Games.

Marta opened the scoring in the ninth minute after China had lost possession deep in their own half. Debinha saw her header hit the bar and Marta arrived at exactly the right moment to stroke the loose ball home left-footed.

Debinha soon bagged her goal in the 22nd minute after Chinese goalkeeper Peng Shimeng parried the ball straight into her path.

China posed more of a threat in the second half, but further goals from Marta in the 74th minute, substitute Andressa Alvez from the penalty spot and Beatriz highlighted the difference between the two teams.

China will look to the games against the Dutch and Zambia to collect enough points to qualify for the knockout rounds.

In Group E, Japan fought back to draw 1-1 with Canada at Sapporo as Manu Yabuchi cancelled out an early opener by captain Christine Sinclair.