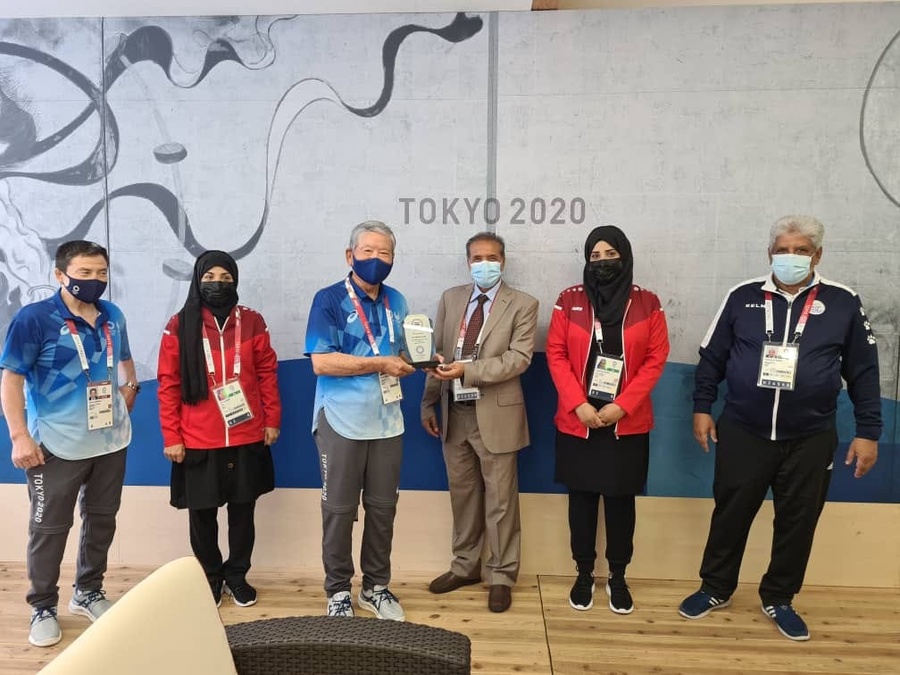 The informal exchange of souvenirs took place on the first morning of Yemen’s arrival and was held in the presence of the leaders of the mission and athletes.

During their preparations in training camps and for their arrival in Japan, the delegates have adhered strictly to the health protocols in place in order to contribute to a safe and successful Olympic Games.