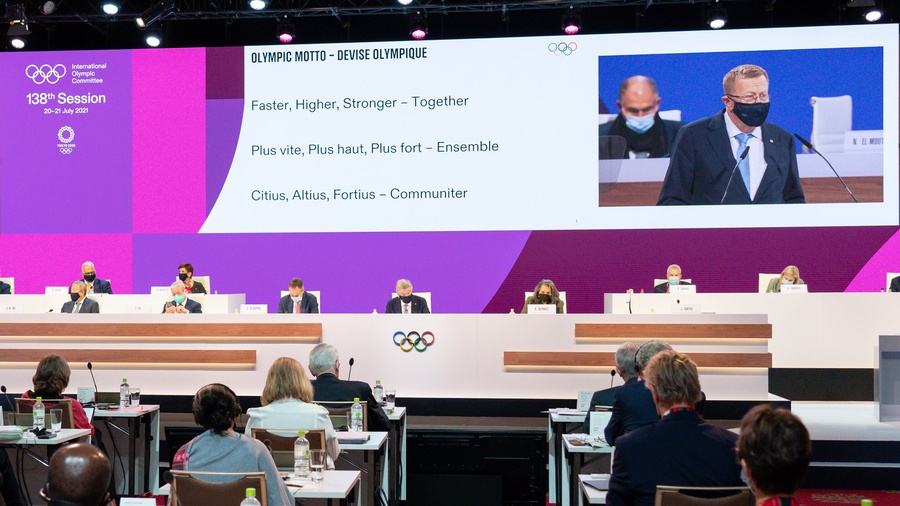 Tokyo, Japan, July 21, 2021: The first day of the 138th IOC Session in Tokyo on Tuesday, July 20 approved a change in the Olympic motto that recognises the unifying power of sport and the importance of solidarity.

The Olympic Charter has been amended in accordance with the change.

The Olympic motto was adopted with the launch of the Olympic Movement in 1894 at the urging of founder Pierre de Coubertin, who wanted a slogan that expressed excellence in sport. The update also addresses the IOC’s goal to use sport to encourage global solidarity around the values of sport.

The motto in Latin would be “Citius, Altius, Fortius – Communiter” and in French: “Plus vite, Plus haut, Plus fort – Ensemble”.

After the vote, President Bach stressed the importance of solidarity within the Olympic Movement and beyond: “We want to put a strong focus on solidarity. That’s what the word ‘together’ means — solidarity.”