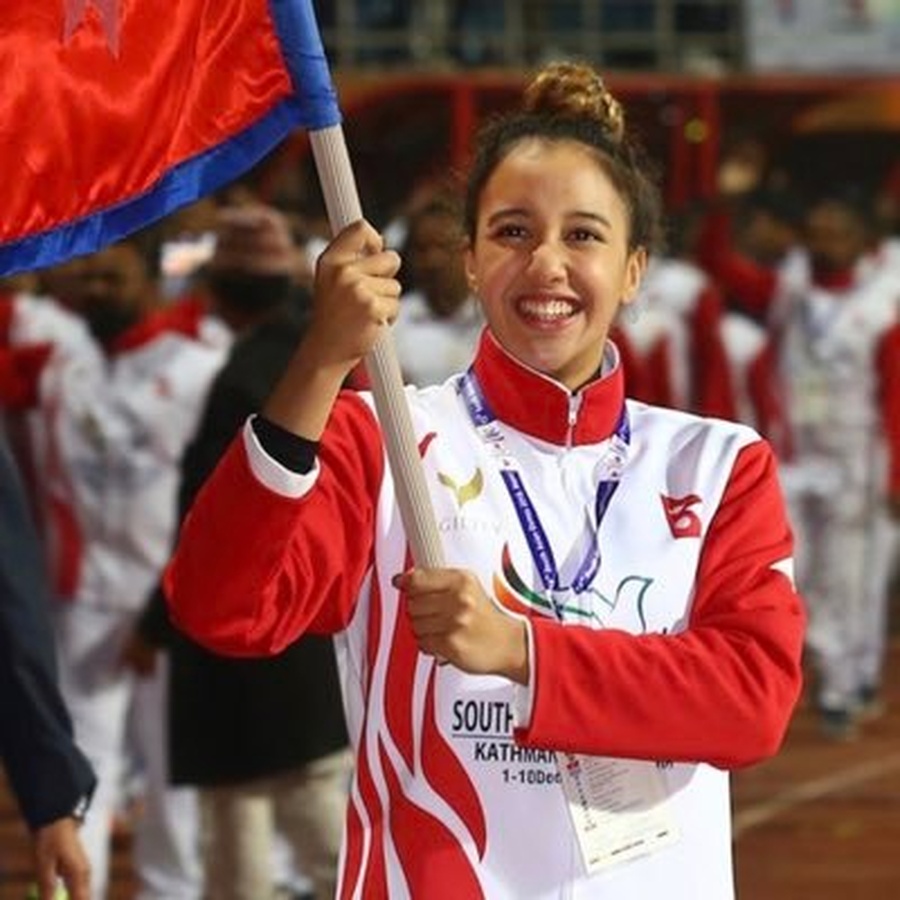 Kathmandu, Nepal, July 20, 2021: Swimmer Gaurika Singh will lead Nepal as flag bearer during the opening ceremony of the Tokyo Olympics on July 23, reports The Kathmandu Post.

Singh, 19, who came into the limelight as the youngest athlete at Rio 2016 at 13 years and 255 days, will lead the five-member Nepali team in the march past in the opening ceremony, the Nepal Olympic Committee announced at a press conference in Kathmandu on Tuesday.

Singh, who has been training for the Olympics in London, claimed four gold medals at the South Asian Games held in December 2019 in Kathmandu.

If Nepal NOC needs a male as well as female flag bearer to fulfil new IOC gender equality protocol, swimmer Shah will join Singh as the sole male athlete from Nepal at Tokyo 2020.

NOC President Jeevan Ram Shrestha claimed it was the best ever and longest preparation of a Nepali team in the Olympics. Preparations for the Olympics began in May 2019 with 12 athletes of seven sports receiving International Olympic Committee (IOC) scholarships.

Nepal made its Olympic Games debut in 1964 – at Tokyo.