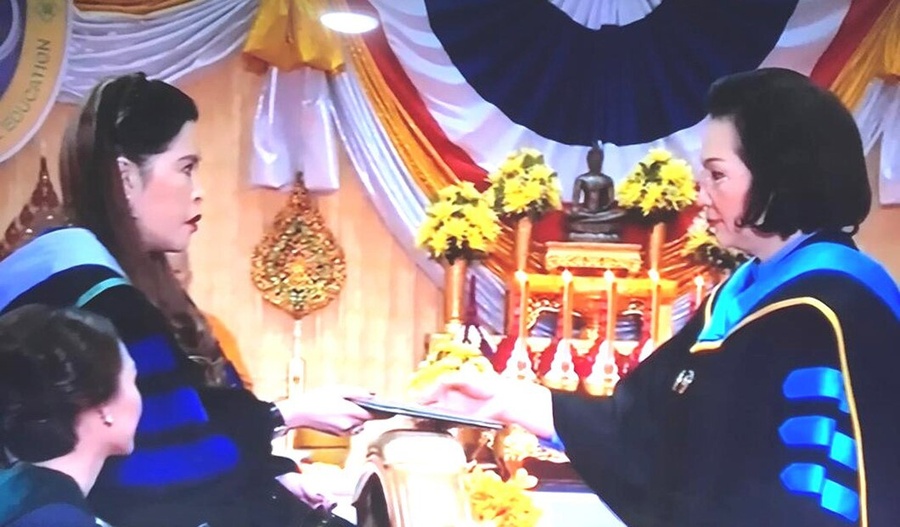 The honorary degree was presented by Her Royal Highness Princess Chulabhorn at a ceremony held in early August. Khunying Patama Leeswadtrakul is Chair of the OCA Culture Committee.

Earlier, the IOC reported that Khunying Patama Leeswadtrakul has been awarded a commemorative royal medal by the King of Thailand for her and her husband Somsak Leeswadtrakul’s donation to the King Chulalongkorn Memorial Hospital.

She received her distinction during the opening ceremony of the new Bhumisirimangalanusorn Building at the Hospital. The ceremony was presided over by the King and Queen of Thailand. Also in attendance was Princess Maha Chakri Sirindhorn, Chairwoman of the Thai Red Cross Society, which operates the Hospital.