Jordan to send its largest squad to the Olympic Games 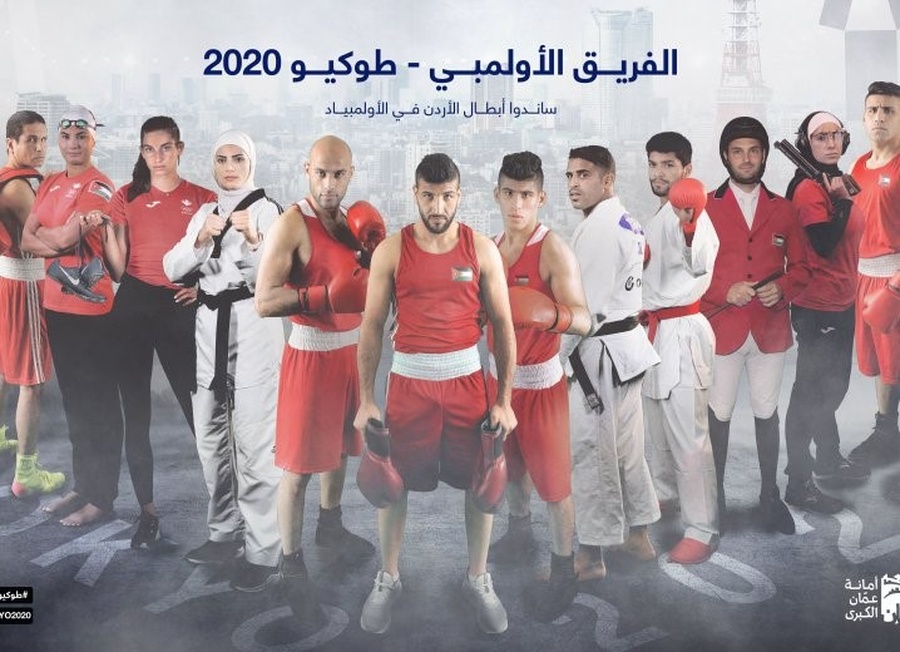 Amman, Jordan, July 12, 2021: Jordan will send its largest ever squad to the Olympic Games with 14 athletes being confirmed by the Jordan Olympic Committee for Tokyo 2020.

The 14-strong squad in eight sports beats the previous record of 13 participants at the 1984 Los Angeles Olympics. Jordan first competed in the Olympics in 1980 Moscow.

The Secretary General of the Jordan Olympic Committee, Nasser Al-Majali, said: “We are very happy with this large number of participants in the Tokyo Olympics. We appreciate the efforts made by the athletes, their technical staff and their sports federations which resulted in this unique participation of Jordan, which has come in very difficult circumstances due to the pandemic.”

Another significant achievement is that 10 of the 14 athletes won their berths through qualification. Boxing has the largest number of qualifiers with five boxers winning Olympic places at the Asia/Oceania continental qualifiers which was hosted by Jordan in March 2020.

It is the first time that five Jordanian athletes from one sport have qualified for the same Olympics. The five boxers are Hussain Ashish, Ziad Ashish, Ubadah Al-Kisbah, Muhammad Al-Wadi and Uday Al-Hindawi.

Nadine Dawani, head of the Jordanian delegation to the Tokyo Olympics, said: “We are proud of our heroes and heroines who were able to qualify for the Tokyo Olympics and represent Jordan in this largest sporting event in the world. We appreciate everyone’s efforts over the past years and we wish success to our athletes, achieving the best results and reflecting the development of Jordanian sports.”