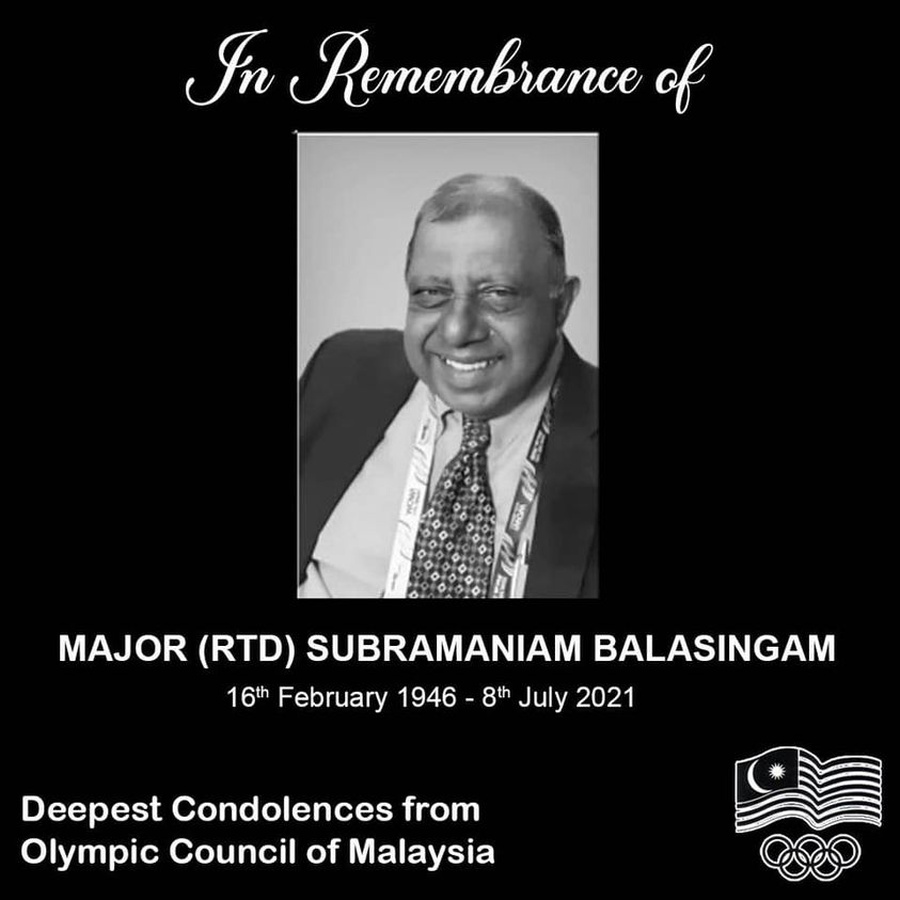 Major Subramaniam Balasingam was involved in boxing at national and international levels in the technical and administration aspects. He was a long-serving, dedicated and hardworking sports volunteer who contributed to the development of boxing for more than two decades.

He served the Malaysia Boxing Federation in various capacities: Assistant Secretary (1998-2012), Chairman of the National Referee and Judging Board (1998-2002) and member of the Executive Committee (2020-2022).

He also served as a Technical Delegate for boxing in six Malaysian Games (Sukan Malaysia) between 1992 and 2018.

When Malaysia hosted the XVI Commonwealth Games in Kuala Lumpur in 1998, he was employed by the organising committee, SUKOM 98 Berhad, as a venue and competition manager to coordinate the boxing competition, in which Sapok Biki contributed a historical first gold medal for Malaysia at men’s light flyweight.

At the international level, he served as a qualified referee and judge under the Asian Boxing Confederation (ASBC) from 1998 to 2002 before being elected as a member of the ASBC Executive Committee for the term 2012 to 2014. He was also a qualified Technical Delegate for the International Boxing Association (AIBA).

“The demise of Major (rtd) Subramaniam Balasingam is indeed a great loss to the boxing fraternity in Malaysia. May his soul Rest In Peace,” the OCM said in a statement.