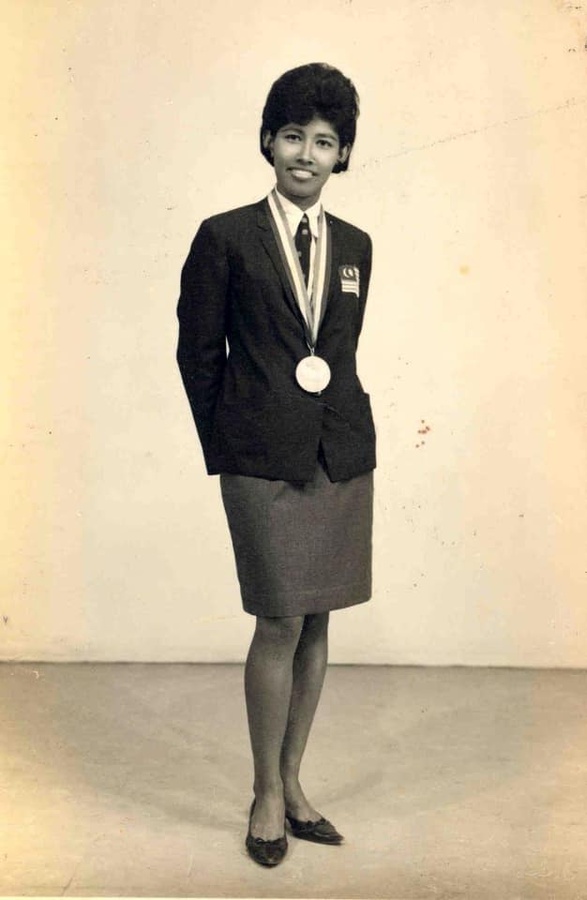 Kuala Lumpur, Malaysia, June 11, 2021: The Olympic Council of Malaysia has sent its deepest condolences to the family of former national hurdler Rajemah Sheikh Ahmad, who passed away on Thursday, June 10. She was 77.

The OCM described her as a “sparkling” athlete and “queen” of the track in the 1960s, excelling in the women’s 80m hurdles from the age of 15 and dominating the event in the national championships from 1961 to 1967.

She also competed in long jump, pentathlon and in the 4x100m relay, winning a bronze medal in a national record time of 48.8 seconds as part of the Malaysian quartet at the Bangkok Asian Games in 1966.

At regional level, she won a silver medal in the 80m hurdles at the 3rd Southeast Asia Peninsular (SEAP – now SEA) Games at Kuala Lumpur in 1965 and also competed at Bangkok 1967.

Rajemah worked as a teacher for 33 years from 1965 to 1998 and was very active in sports administration in Terengganu state and in athletics at national and Asian levels.

For her services to sport as an athlete and administrator for five decades, she was inducted into the Olympic Council of Malaysia Hall of Fame in 2014.