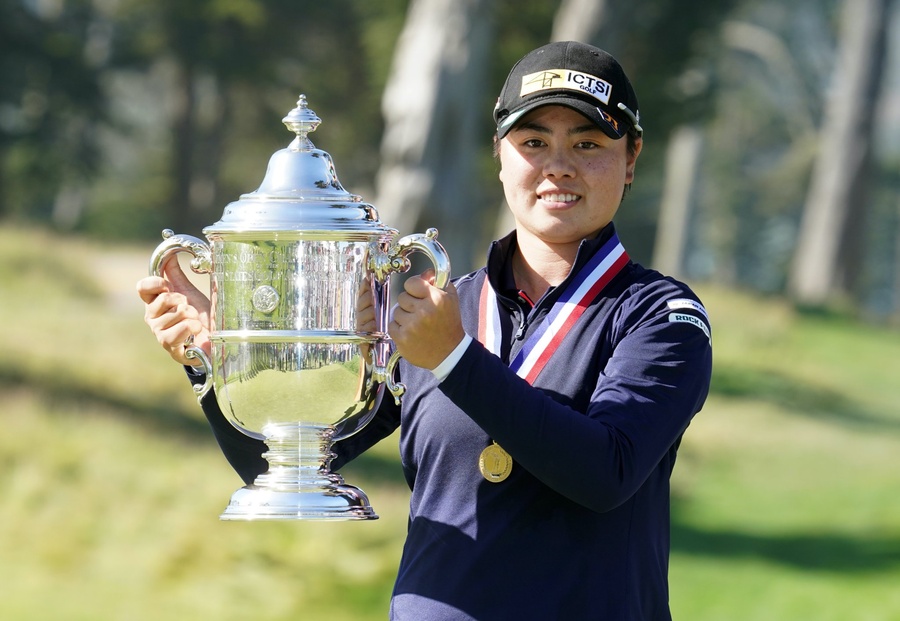 San Francisco, United States, June 7, 2021: Asian Games golf champion Yuka Saso has made history by becoming the first player from the Philippines to win a major tournament in women’s or men’s professional golf.

The 19-year-old Saso, who earned two gold medals at the 2018 Asian Games, beat Japan’s Nasa Hataoka on the third hole of a sudden-death play-off to win the 76th US Women’s Open at the Olympic Club in San Francisco on Sunday.

In an emotional interview after her history-making victory, the pride of the Philippines said: “First I would like to thank my family. I would not be here without them.”

After her double Asian Games success in women’s individual and team at Jakarta, Saso joined the Japan Ladies’ Professional Golfers’ Association Tour in 2020 and finished top of the money list in her rookie season with 93 million yen (USD 850,000), with two wins in 15 starts.

She has maintained that form into 2021 and now has made history and become a new star in women’s professional golf.

On the final day of the US Women’s Open, Saso bounced back from two early double bogeys to win the third play-off hole against Hataoka with a 10-foot birdie putt after the pair had tied for the lead at four under par.

Later she admitted she was “actually upset” upset about the two double bogeys in her first three holes but her caddie told her there was still a long way to go and that she must keep doing what she had been doing in the previous three rounds.

All week Saso enjoyed the vocal support of fans from nearby Daly City, which is home to a large Filipino population.

At 19 years, 11 months and 17 days, Saso matched Korea's Park Inbee to the day as the youngest champion at the women's game's oldest major.