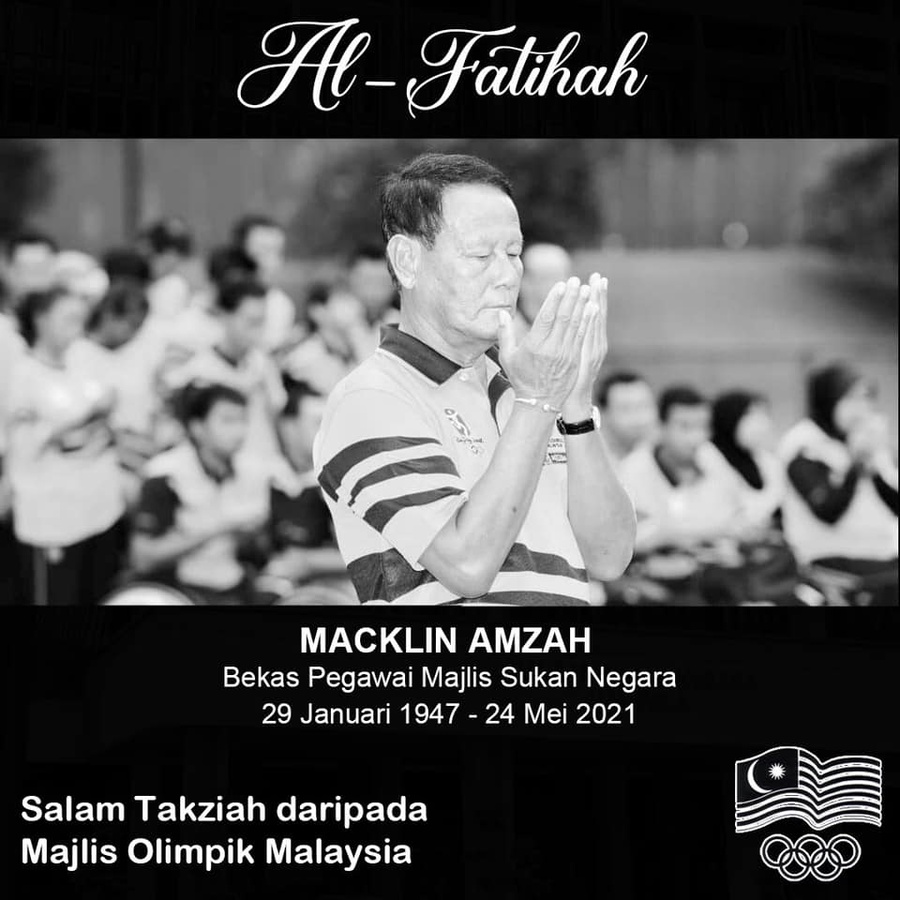 Kuala Lumpur, Malaysia, May 26, 2021: The President, Executive Board and management of the Olympic Council of Malaysia have expressed their heartfelt condolences to the family of Macklin Amzah, who passed away peacefully on Monday, May 24.

Macklin Amzah, 74, was a former officer of the National Sports Council who contributed to the development of sport in the country over his 23 years of service with the NSC from 1991 to 2014.

He also served as a team official for the Malaysian contingent to all major multi-sport games under the jurisdiction of the OCM, namely the Olympic Games, Commonwealth Games, Asian Games and SEA Games.

The OCM will remember Macklin Amzah for his continuous role as the leader of the centralised training camps of athletes and officials prior to all multi-sport games.

The OCM said his passing was a great loss to the sporting fraternity in the country.