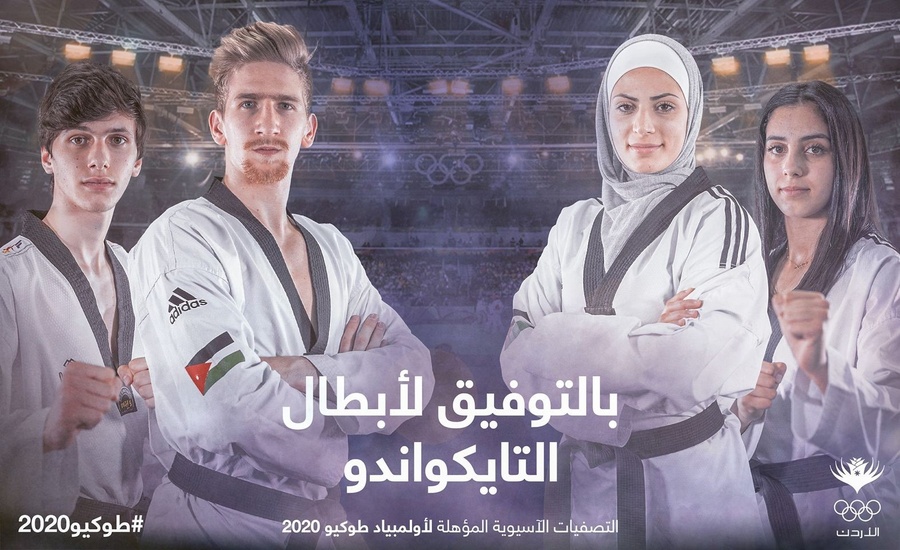 Amman, Jordan, May 19, 2021: The Jordan Olympic Committee is hoping for more Olympic places at Tokyo 2020 when the national taekwondo team takes part in the Asian Taekwondo Olympic Qualification Tournament to be held in the capital Amman from May 21-23.

“All the best wishes for the heroes of the national taekwondo team, Juliana Al-Sadiq, Saleh Al-Sharbati, Zaid Halwani and Natali Al-Hamidi, in the Olympic qualification, which begins Friday in Jordan, in order to snatch the qualification cards for Tokyo Olympics,” the JOC posted on its Facebook page.

Jordan Taekwondo Federation Secretary Faisal Abdullat said all arrangements had been completed to host the tournament. The event will be held under strict preventive measures due to the COVID-19 pandemic with participants not being allowed to leave their hotels until the end of the tournament.

Jordan’s only gold medal in the Olympic Games came in taekwondo at Rio 2016 from Ahmad Abughaush in the men's 68kg category.