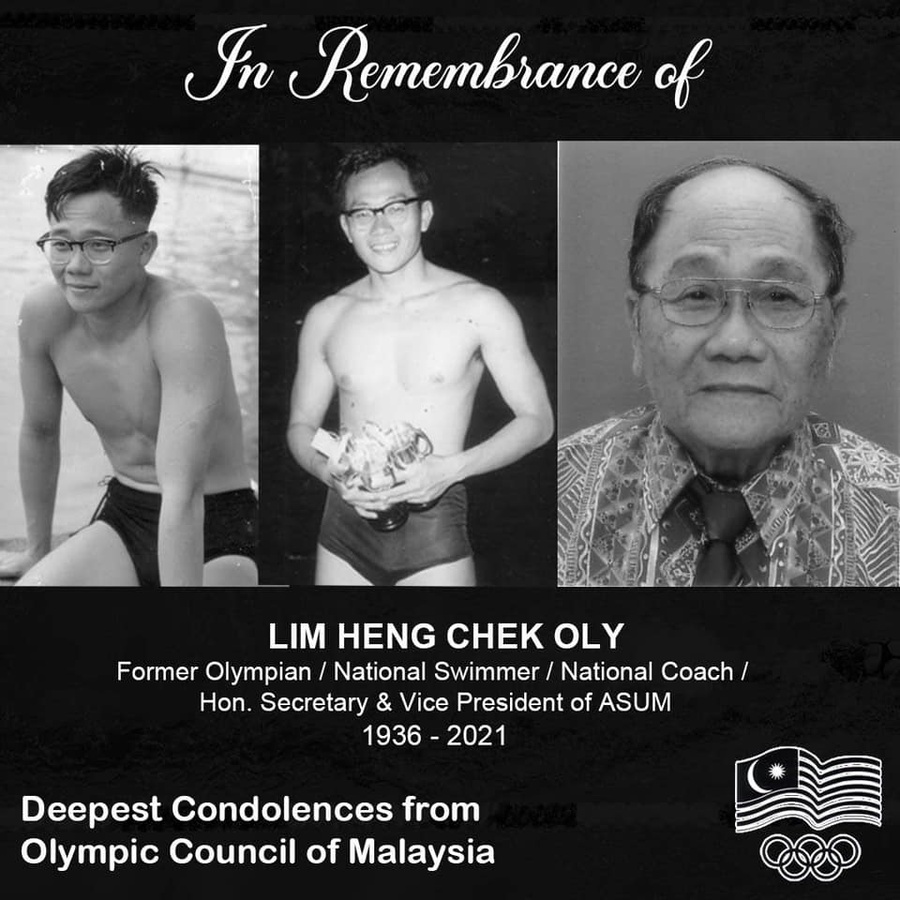 Kuala Lumpur, Malaysia, May 18, 2021: The President, Executive Board and management of the Olympic Council of Malaysia have expressed their deepest condolences to the family of Olympic swimmer Lim Heng Chek, who passed away peacefully on Saturday, May 15. He was 85.

He was a member of the contingent of the Federation of Malaya who made their Olympic debut at Melbourne 1956 where he participated in the men’s 100m backstroke and recorded a time of 1:12.4s.

He also participated in two Asian Games – Tokyo 1958 and Jakarta 1962 – and in the British Empire and Commonwealth Games Perth 1962.

He was inducted into the OCM Hall of Fame in 2013 for his contributions as a national swimmer, national coach, team official, technical official, honorary secretary and vice president of ASUM.