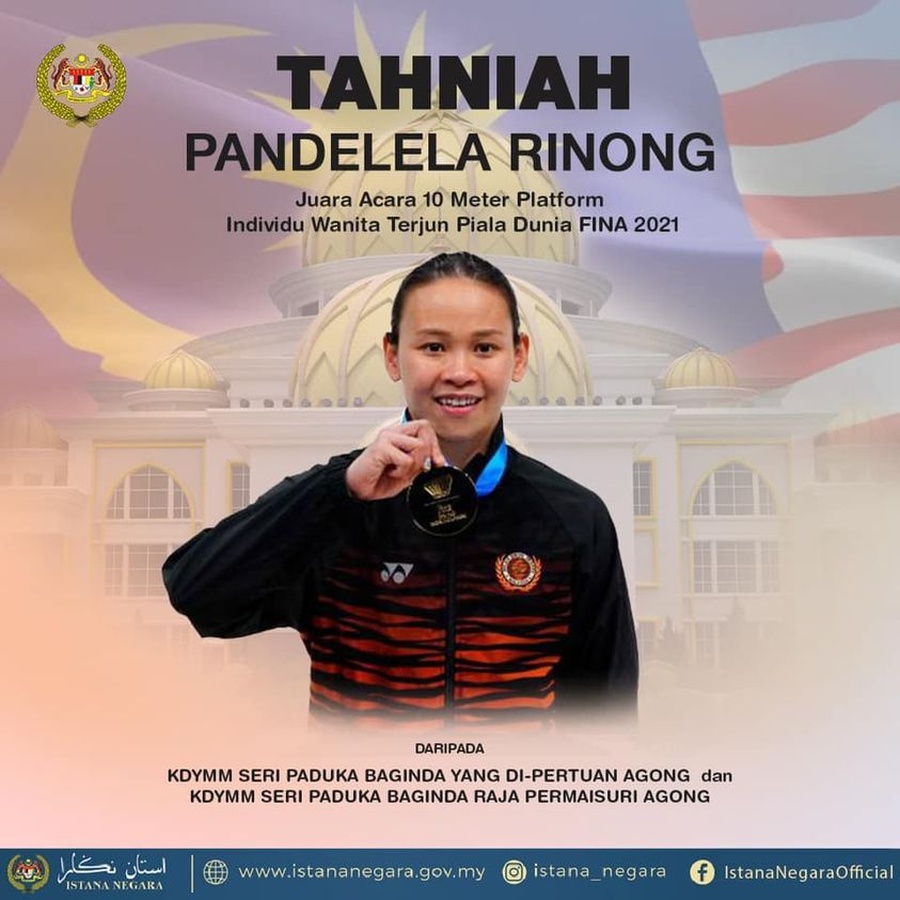 Kuala Lumpur, Malaysia, May 6, 2021: His Majesty the King of Malaysia, Al-Sultan Abdullah, has sent congratulations to Malaysian diver Pandelela Rinong for winning a gold medal in the FINA Diving World Cup in Tokyo.

Pandelela, 28, finished first in the women’s 10m platform competition on Wednesday, May 5 to put her in good heart for the Tokyo Olympic Game this July. She had already qualified for Tokyo 2020 through the FINA World Championships in Korea in 2019.

“The outstanding achievement of this Sarawak-born national athlete once again proves that Malaysia is able to deliver quality athletes and individuals of an international class. It also proves that, with high fighting spirit and hard effort, Malaysians are able to compete and succeed at the world level,” the statement said.

His Majesty said he hoped Pandelela’s success and fighting spirit would prove to be an inspiration to all Malaysians, especially to her fellow athletes. King Al-Sultan Abdullah hoped for continued success in the Olympic Games.

Pandelela won a bronze medal in the women’s 10m platform at London 2012 and a silver in the 10m platform synchro at Rio 2016 in partnership with Cheong Jun Hoong.