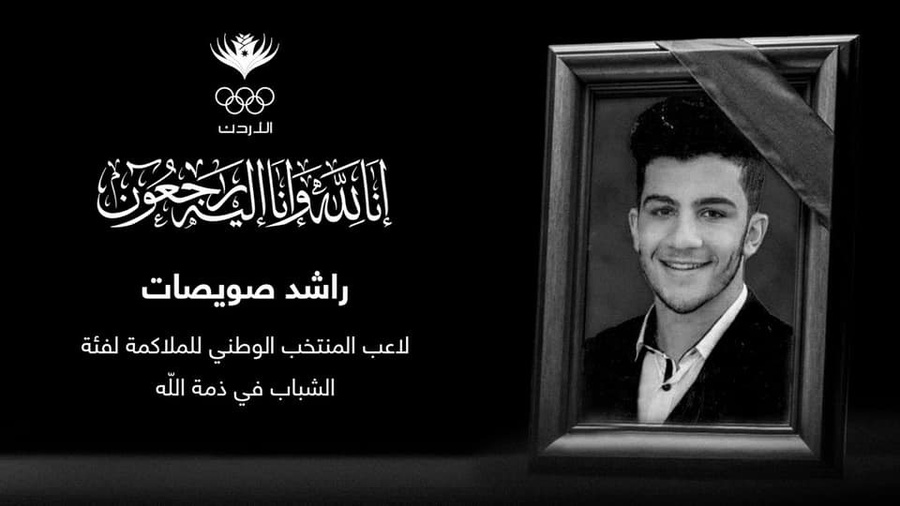 Amman, Jordan, April 29, 2021: The Jordan Olympic Committee has expressed its deep sadness and pain over the death of national boxer Rashed Al-Swaisat who died on Monday, April 26, following an injury at the AIBA Youth World Boxing Championships in Poland.

The Jordan Olympic Committee, represented by its President HRH Prince Faisal bin Al Hussein, mourned the tragic passing of the 19-year-old Al-Swaisat and offered their sincere condolences and sympathies to his family, friends and colleagues.

Nasser Majali, JOC Secretary General, posted on his Facebook page: “We offer our condolences to the family of the deceased and the Jordanian sports family on the death of Rashed Al-Swaisat.

“Rashed moved to the mercy of God Almighty yesterday evening, Monday, as a result of an injury he suffered during his fight in the World Youth Championship hosted by the Polish city of Kielce. May God's mercy be upon Rashed.”

The International Boxing Association (AIBA), in a statement issued on Tuesday, April 27, said: “It is with deep sadness that we learned of the passing of Rashed Al-Swaisat of Jordan, who had been admitted to hospital on April 16 further to his fight during the AIBA Youth World Championships. Rashed is in our hearts and in our prayers. Our thoughts are with his family, friends and teammates, to whom we offer our sincere condolences.”

Al-Swaisat was rushed to hospital and underwent emergency brain surgery after collapsing in the third round of his under-81kg fight with Estonia’s Anton Winogradow.

The 2021 edition of the AIBA Youth World Boxing Championships took place in Kielce, Poland from April 10-24. A total of  414 boxers from 52 countries took part in the event.