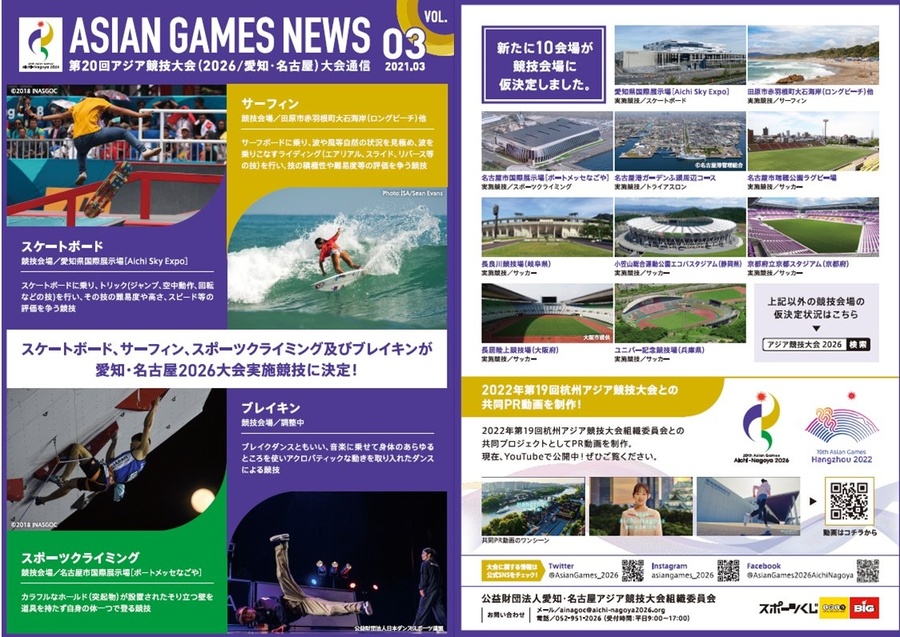 Nagoya, Japan, April 28, 2021: The organising committee of the OCA’s 20th Asian Games in Nagoya city and Aichi prefecture in Japan in 2026 has issued its latest news bulletin.

Asian Games News Volume 3 turns the spotlight on two of the most popular sports at the 18th Asian Games in Indonesia – sport climbing and skateboarding, which both took place at the Jakabaring Sports City in co-host city Palembang, capital of South Sumatra province.

There is also an introduction to breaking, which will make its Asian Games debut at Hangzhou 2022.

The new news bulletin introduces the joint promotional video between Aichi/Nagoya 2026 and Hangzhou 2022 to highlight the rich culture of both cities and regions in Japan and China and their cooperation in organising the Asian Games.

There is also a look at 10 of the proposed competition venues for the 20th Asian Games, which will take place from September 19 to October 4, 2026 with 40 sports and 15,000 athletes and team officials.

The slogan for the 20th Asian Games Aichi-Nagoya 2026 is “Imagine One Asia”.