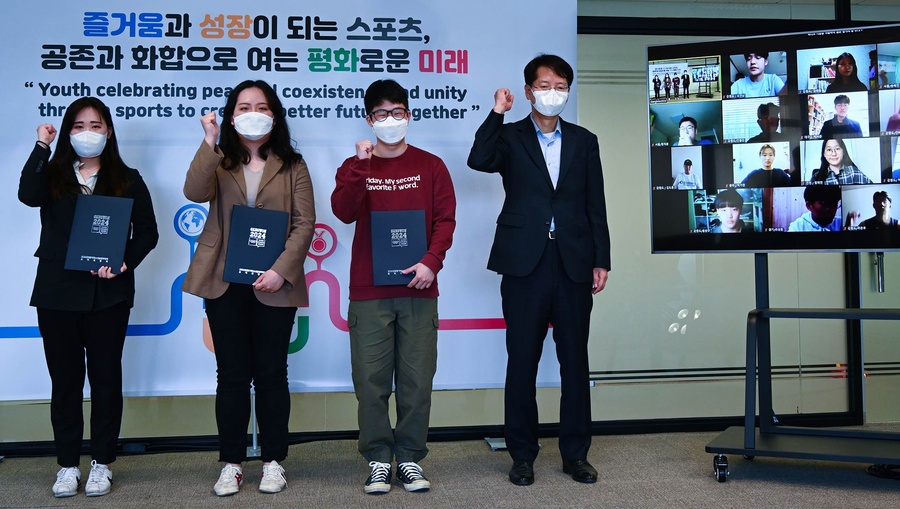 Gangwon, Korea, April 27, 2021: The organising committee of the first Winter Youth Olympic Games to be held in Asia – Gangwon 2024 – is putting its faith in youth to play a major role behind the scenes as well in competition.

Thirty young people have been selected to participate in the Youth Supporters initiative, which will see them work closely with the organising committee over the next year on the development of digital content, communications and other YOG-related activities to help engage youth throughout the host nation and beyond.

Among the Youth Supporters, who are all aged under 24, are eight young Korean athletes, including four from the Seoul Physical Education High School curling team and four from Sangji Daegwallyeong High School’s bobsleigh and skeleton teams.

“It is an honour to be part of the Youth Supporters programme of Gangwon 2024,” said Oh Kyu-nam, a 19-year-old curler from Seoul Physical Education High School, who is originally from Gangwon Province.

Kim Ji-yun, 21, is among five mentors who have also been selected to participate in the initiative.

“I feel proud and responsible at the same time. I will make every effort to be a helpful youth mentor, showing great passion and using my experiences from PyeongChang 2018.”

In line with its vision – “Gangwon 2024 – youth celebrating peaceful coexistence and unity through sport to create a better future together” – organising committee GYOGOC aims to actively engage young people throughout the entire YOG project, empowering them to voice their opinions and enabling them to play a leading role in the delivery of the Games.