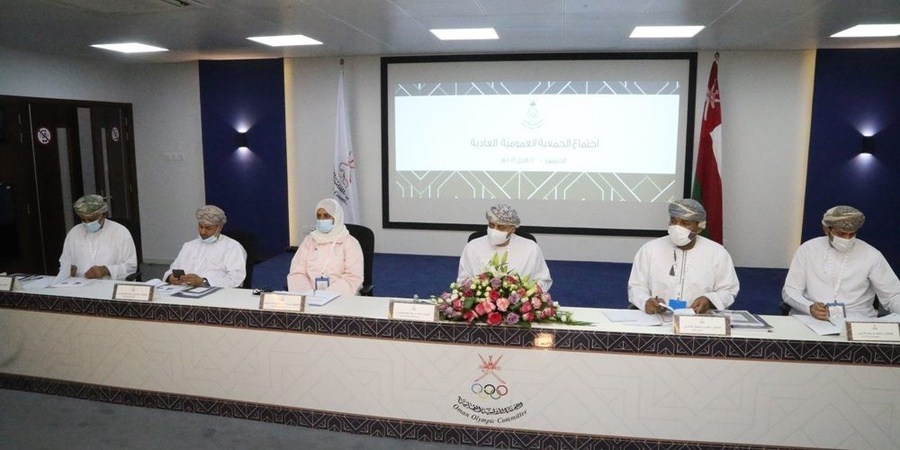 Muscat, Oman, April 25, 2021: The General Assembly of the Oman Olympic Committee held on April 22 has unanimously approved the budget and programmes for 2021.

The meeting was presided over by the Chairman of the Oman Olympic Committee, Seyed Khalid bin Hamad Al Busaidi, in the presence of members of the executive board and the General Assembly.

Seyed Khalid Al Busaidi gave a visual presentation of the most important initiatives he had undertaken since assuming the presidency of the Oman Olympic Committee in July 2019 as well as features of the future vision of Oman sport.

The OOC Chairman reviewed the annual report for 2020 and plans to host international events postponed in the past year due to the COVID-19 outbreak before presenting a summary of the statement submitted by the executive board regarding the budget for 2021. The assembly then approved the budget.

The General Assembly closed with the Oman Olympic chief wishing the Oman Hockey Federation good luck in its bid for the Sultanate to host the Hockey World Cup in January 2024 and affirmed the support of the OOC. He also congratulated the Oman Table Tennis Federation which will host the ITTF World Veterans Championships in 2023.