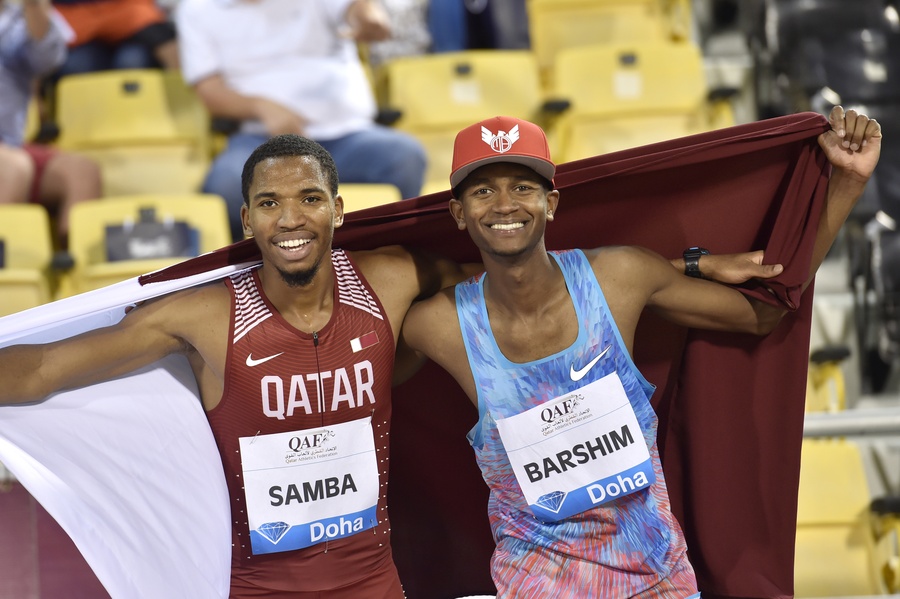 After a truncated 2020 Wanda Diamond League season - which was reduced to four events due to the impact of Covid-19 - it’s a welcome return for two of the host nation’s star athletes, both national record holders and serious medal contenders for this summer’s Olympic Games in Tokyo.

Barshim, who was outstanding when winning World Championship gold at the Khalifa International Stadium in October 2019, has competed only once since that famous victory. He jumped 2.25m to win the Aspire Invitational in Doha on 15 March.

“Following the World Championships in Doha I was in very good shape, but with the pandemic and the associated restrictions, I didn’t feel I had good reason to compete last year,” said the 29-year-old Barshim, who has a best of 2.43m, the second highest jump of all time.

“All of my efforts have been, and continue to be, focused on this summer’s Olympic Games and I believe I’ve used my time wisely to prepare and train well. Now it’s time to compete and I’m looking forward to opening my Diamond League campaign in Doha.”

Similarly, Samba - whose World Championship bronze came off the back of interrupted preparation due to injury - also missed the 2020 season. He opened 2021 with a win over 400m (45.43) in Potchefstroom, South Africa, on 31 March.

“After some hamstring issues in the lead up to the Worlds, I decided that my focus was to get back to being 100% healthy,” he said. “The Olympics is my priority and the onset of the pandemic gave me the opportunity to take my time and to get things right. I’m now back to where I want to be and I’m excited to race.”

The Qatar Athletics Federation President, HE Dr. Thani Alkuwari, added: “Last year’s event was a great success; its delivery was testament to the commitment and passion of our people.

“In spite of the continued health and safety protocols we must adhere to, we are excited to welcome back another impressive line-up of stars for the 23rd edition of the Doha meeting and we’re confident in our ability to deliver another world class - and safe - athletics competition.”