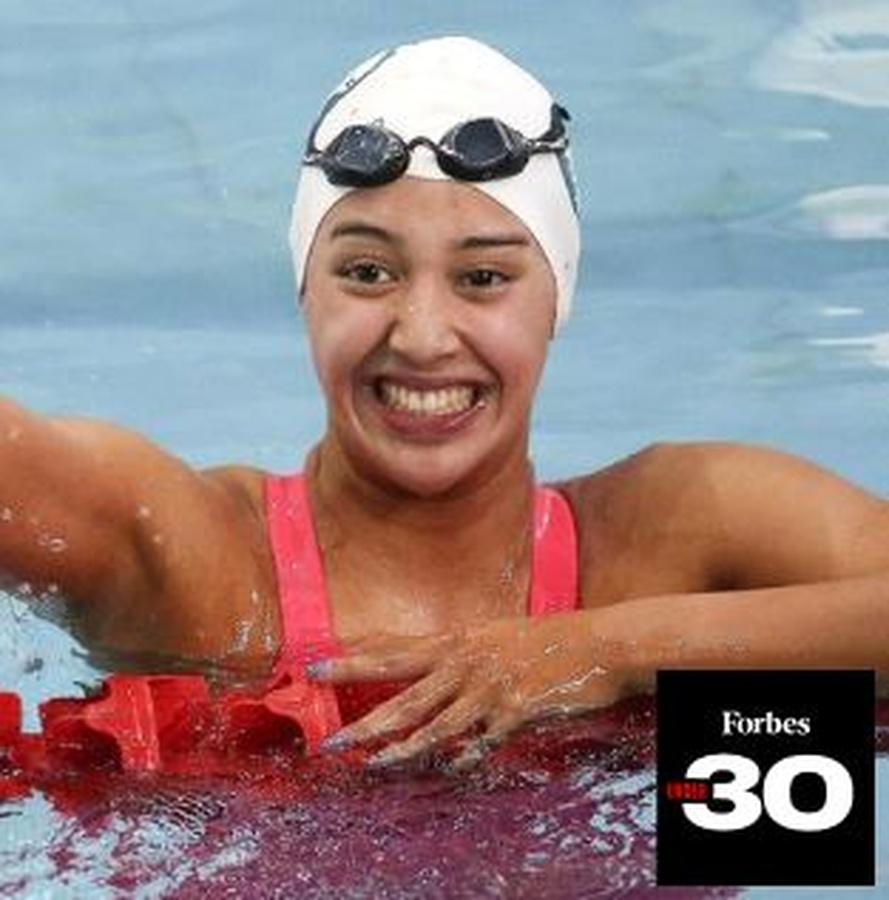 Nepal’s Gaurika Singh has been named in the Forbes 30 Under 30 Asia 2021 list of young leaders and trailblazers.

Kathmandu, Nepal, April 22, 2021: One of South Asia’s rising sports stars, 18-year-old Nepali swimmer Gaurika Singh, has been named in the Forbes 30 Under 30 Asia 2021 list of young leaders and trailblazers.

Forbes selected 30 young leaders in 10 different categories – and the 300 were chosen from 2,500 nominations.

“These trailblazers are unparalleled examples of determination, hard work and innovation,” said Forbes.

On Singh they write: “Gaurika Singh has been swimming since she was 9 years old and has been competing for Nepal from the age of 12.

“At the 2019 South Asian Games she won four golds, two silvers and three bronzes. She was the youngest athlete at the 2016 Rio Olympic Games. Singh had been selected for the Tokyo 2020 Olympic Games, which have been postponed to July-August 2021.

“Aside from swimming, Singh is involved in charity work and is a goodwill ambassador for nonprofit organisations including Maiti Nepal and Shanti Education Initiative.”

Another well-known Asian athlete is 20-year-old Indonesia sprinter Lalu Muhammad Zohri, who became one of the faces of the 18th Asian Games in Jakarta and Palembang in 2018.

Dubbed "the fastest man in Southeast Asia", the sprinter set a new national record of 10.13 seconds in the 100 metres in 2019, winning a silver medal at the Asian Athletics Championships in Qatar.

“He will run at the Tokyo Olympics after finishing third at the 2019 Golden Grand Prix Osaka. At the 2018 World Athletics U20 Championships in Finland, Zohri became the first Indonesian to win a gold medal in the 100 metres at the junior championships,” Forbes said.