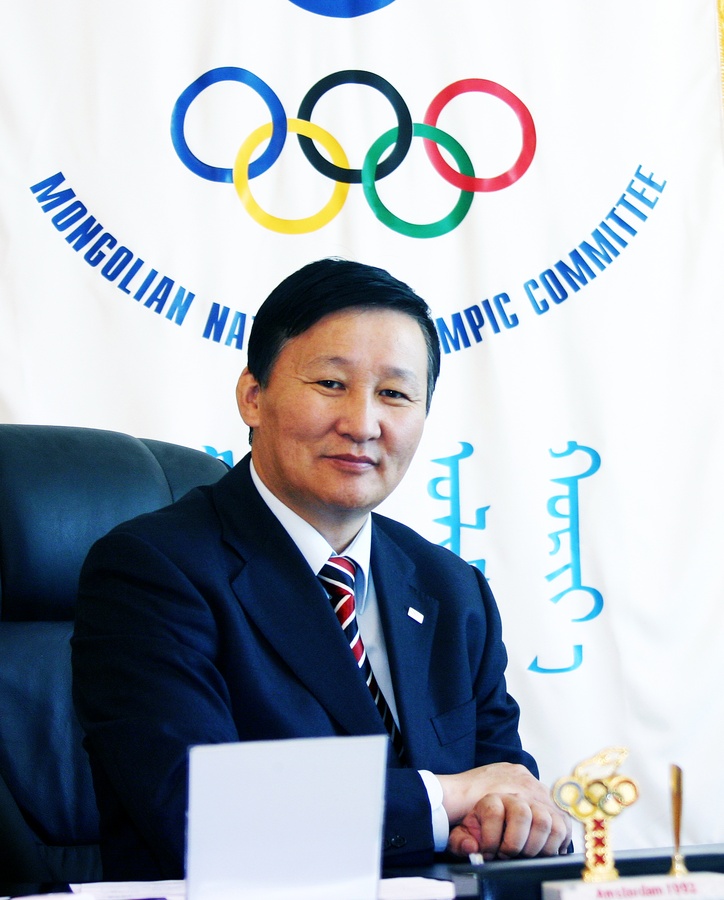 Ulaanbaatar, Mongolia, April 22, 2021: The Mongolian National Olympic Committee is extremely saddened to report that its 12th NOC President, Dr. Demchigjav Zagdsuren, passed away in Ulaanbaatar on Wednesday, April 21 due to a serious illness. He was 62 years old.

“Dr. D. Zagdsuren was born in Numrug county, Zavkhan province on November 24, 1958 into a herdsman's family consisting of 11 children,” Mongolia NOC said in a statement.

“He graduated from Mongolian Medical University, majoring in cardiology, in 1990 and served as a national team doctor for many years.”

Dr. D. Zagdsuren was the longest-serving NOC President (2001-2020) and was also a member of the OCA Executive Board and Chairman of the OCA Information and Statistics Committee, ANOC commission member and council member of the East Asian Olympic Committees.

“Under his leadership, Mongolia NOC fulfilled a series of high-level development projects such as the construction of Olympic House headquarters, the establishment of the National Olympic Academy and National Anti-Doping Agency and the renovation of the Olympic Museum and Library,” the statement added.

As NOC President, Dr. Zagdsuren also established local Olympic councils in 21 provinces and nine districts to promote sport and the Olympic values throughout the country.

Under his watch, Mongolia won its first-ever Olympic gold medals (two) in Beijing 2008.

Other initiatives included the awarding of the Chinggis Khan World Sports Trophy to global sporting stars, expanding the nationwide Olympic education network, providing strong support to Team Mongolia, the development of NOC management and lifting its prestige at domestic and international levels.

He participated in 10 Summer and Winter Olympic Games as team doctor, Chef de Mission and Head of Delegation and attended many high-level meetings at IOC and OCA HQ with IOC Presidents Jacques Rogge and Thomas Bach and with OCA President Sheikh Ahmad Al-Fahad Al-Sabah.

Dr. Zagdsuren was married to Ts. Munkhtogoo and had two daughters and four grandchildren.