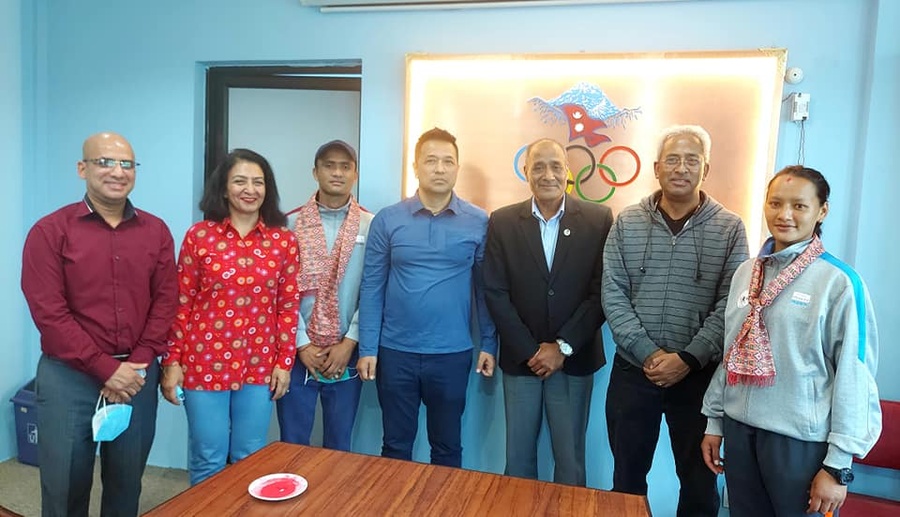 Nepal is sending epee fencer Ms. Anita Karki and her coach Mr. Janga Giri in the hope of winning an Olympic place at Tokyo 2020.

Secretary General Shrestha gave his best wishes to the athlete and coach and said that the participants should feel pride in their achievement in representing the country.