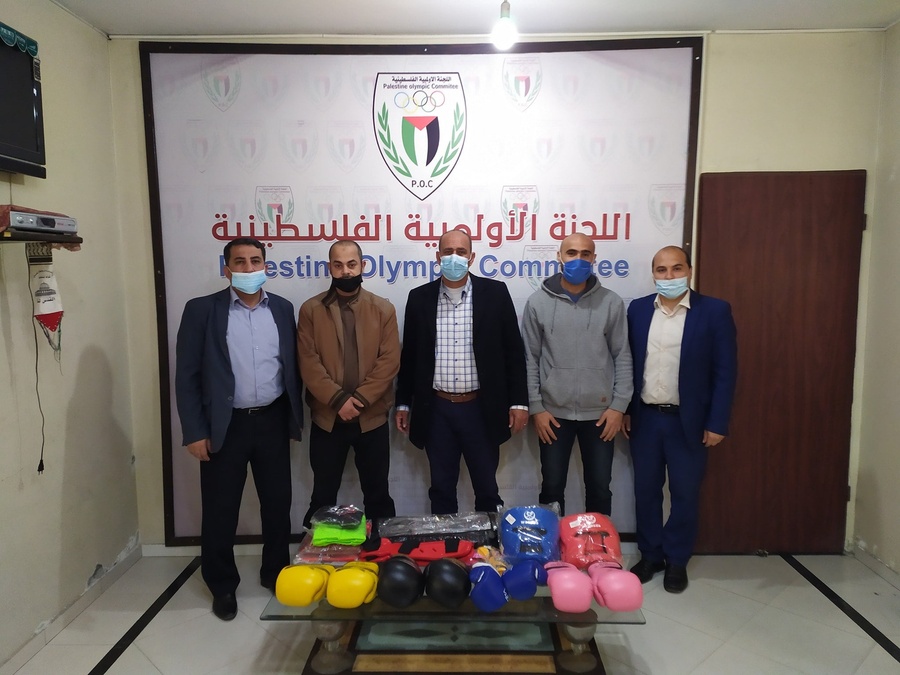 Palestine NOC Vice President Dr Asaad Al-Majdalawi praised the kickboxing federation and its president, Samir Othman, for his role in providing equipment to the kickboxing community.

Dr Al-Majdalawi said this initiative would reflect positively on the development of the sport and was a step in the right direction towards the organisation of local and national kickboxing competitions.

The POC Vice President also stressed the importance of communicating and coordinating with sports clubs and schools to boost participation – and promised the support of the National Olympic Committee in their efforts in the next phase of their campaign.

The federation thanked the POC for their support and enthusiasm in developing kickboxing in Palestine and said the federation would build up the technical and administrative staff within the sport. The new equipment will benefit the athletes and coaches alike.