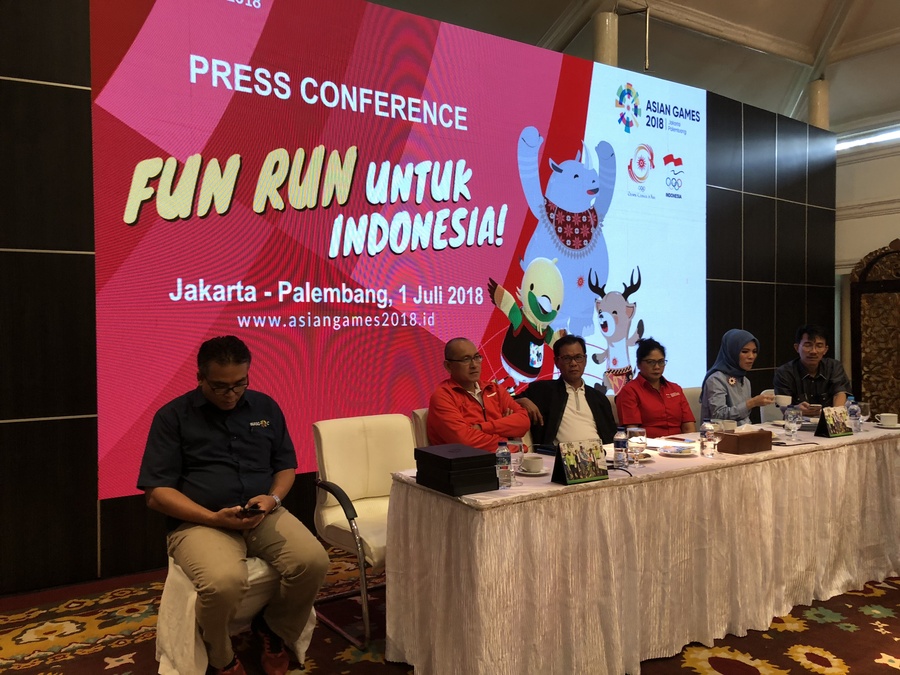 The two host cities of the 18th Asian Games will hold their Fun Run on Sunday, July 1, starting at 6am. There will be 5,000 runners in Jakarta.

The OCA is hosting 31 2018 Jakarta Palembang Asian Games Fun Runs around the continent in cooperation with the National Olympic Committees to promote the 18th Asian Games, which will be held in Jakarta and Palembang from August 18 to September 2 with 10,000 athletes from the OCA’s 45 NOCs.

H.E. Alex Nurdin, the Governor of South Sumatera also came to greet the media after the conclusion of press conference to show his support.