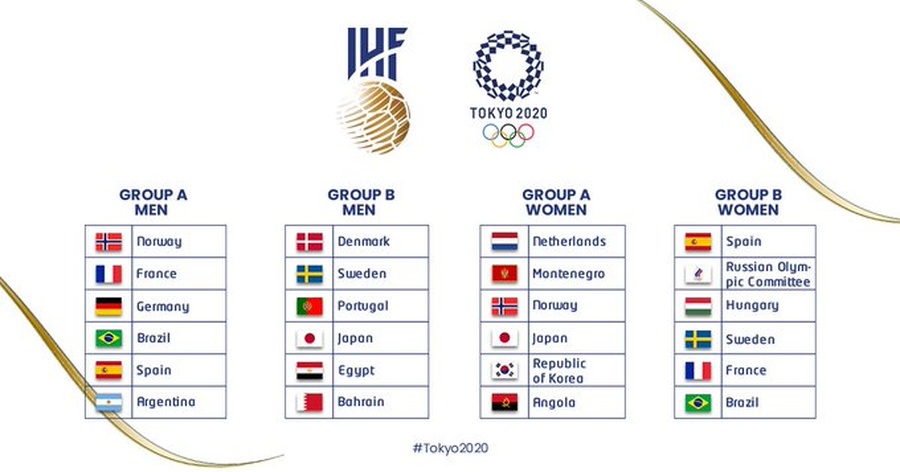 Basel, Switzerland, April 4, 2021: The draw for the men’s and women’s handball competitions of the Tokyo 2020 Olympic Games were virtually held on April 1 at the headquarters of the International Handball Federation (IHF) in Basel, Switzerland.

Group A of the men’s draw is loaded with danger and the promise of much excitement as South American powers Argentina, reigning European champions Spain and world No. 1 Germany join France, Norway and Brazil.

As hosts of the Olympic handball competition, the Japanese delegation was able to choose the group they would go into – and Japan’s Icelandic coach Dagur Sigurðsson didn’t hesitate in selecting Group B.

“Obviously, it is going to be a very tough group for us; both groups are extremely difficult. These are the top 12 nations, more or less, in the world,” he said.

Group A of the women’s competition will see Angola, Korea, Norway, Montenegro, the Netherlands and hosts Japan in action.

“We are looking forward to playing these Olympic matches in Tokyo. For our fans it will be amazing to see the best players,” said Japan women’s coach Ulrik Kirkely of Denmark, who chose Group A for his host team.

The handball will be played at Yoyogi National Stadium in Tokyo.