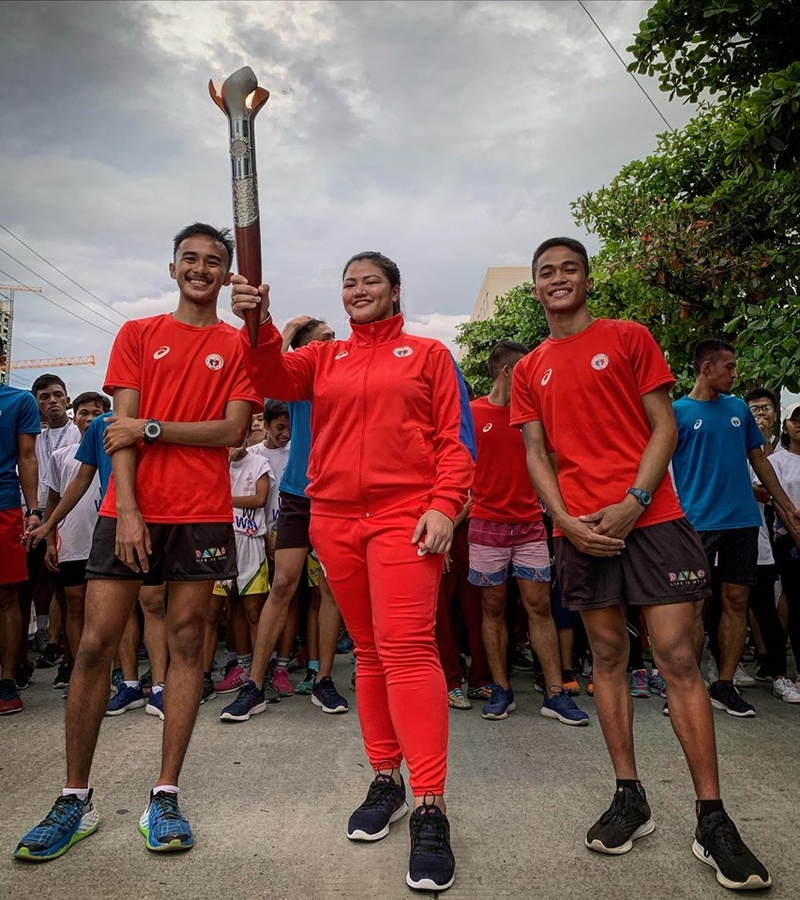 Davao, Philippines, October 31, 2019: The torch relay for the 30th South East Asian Games in the Philippines is under way – with 30 days to go to the bi-annual regional sports festival.

The relay started in Davao – home city of the Philippines President Rodrigo Duterte – and will culminate with the lighting of the cauldron at the opening ceremony on November 30.

The 30th SEA Games 2019 will run from November 30 to December 11 with 56 sports contested by the 11 National Olympic Committees of the region.

The first torch run on Philippine soil was led by national athlete Sydney Tancontian. The torch will be carried by seven other runners, escorted by 2,500 runners from Davao City, on a 5km fun run that starts and ends at SM Lanang Premier.

The hub of the SEA Games will be New Clark City at Pampanga, 100 km north of the capital Manila, in particular the new aquatics centre and stadium for athletics. Venues will also be used in Metro Manila, Subic Bay and other areas to accommodate the 56 sports.

Tickets to the opening ceremony, selected sports and venues were made available on October 3 via smtickets.com and all SM ticket outlets.