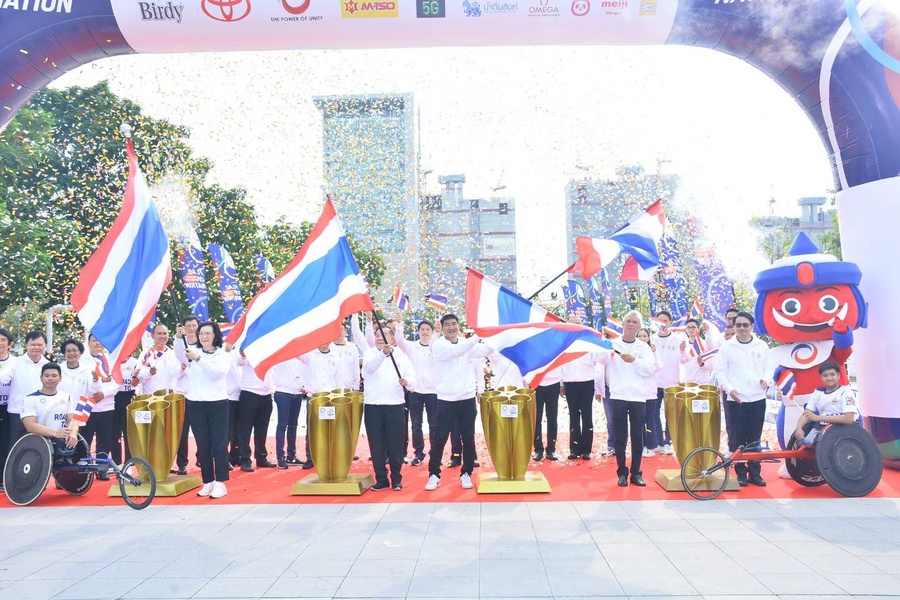 The opening ceremony for the National Flag Run at the Sports Authority of Thailand HQ in Bangkok. © Khunying Patama Leeswadtrakul @khunyingpatama

Bangkok, Thailand, March 30, 2021: Thailand’s very own National Flag Run is underway to celebrate the Kingdom’s participation in the Olympic Games in Tokyo this summer.

A ceremony was held on Saturday, March 27 at the Sports Authority of Thailand in the Hua Mak district of Bangkok to mark the start of the relay the following day.

The VIP dignitaries at the opening ceremony included the President of the National Olympic Committee of Thailand, Gen. Prawit Wongsuwon, and NOC Thailand Executive Board member Khunying Patama Leeswadtrakul.

In a Facebook post, Mrs Khunying Patama said the Flag of the Nation relay was to offer support and encouragement for the country’s national athletes at the Tokyo Olympics, which will take place from July 23 to August 8.

The IOC Member, OCA Executive Board member and Deputy President of the Badminton World Federation said the national flag would be handed from flagbearer to flagbearer every 1km continuously for 61 days through 35 provinces. The relay distance of 4,606km is the equivalent of the distance from Bangkok to Tokyo. 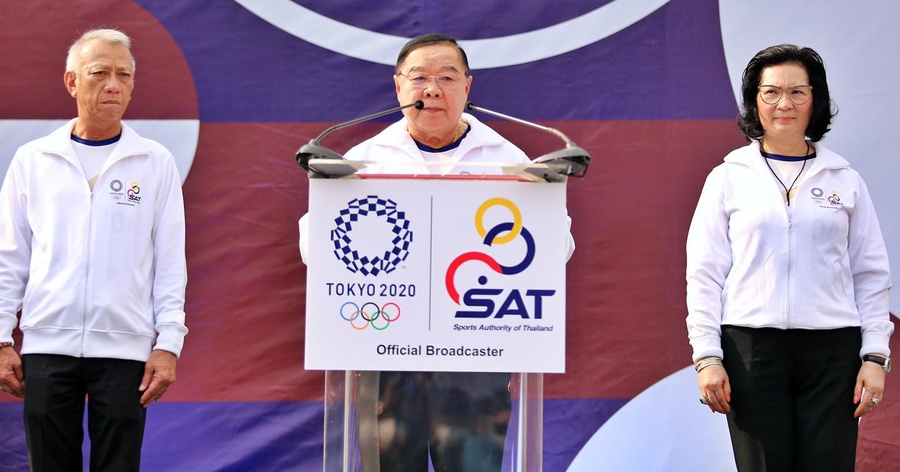